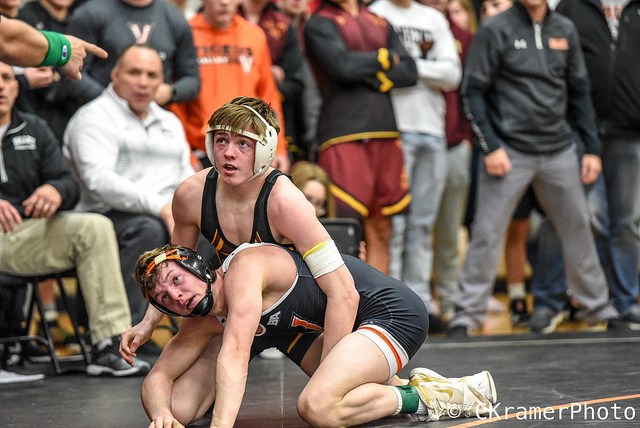 It’s rivalry week in the state of Iowa. Every September there comes a weekend where the two instate FBS division football teams duke it out for an entire year’s worth of bragging rights. While this website usually focuses on the instate battle that takes place on the mat, which is a whole separate battle of bragging rights.

This year’s Cy-Hawk football game has a lot more on the line than those of recent memory. For starters both Iowa State’s and Iowa’s football and wrestling programs share a lot of similarities. Recently, the rivalry has been dominated by the Hawkeyes with the football team currently owning a four game win streak. This is comparable to the wrestling series which has gone to the Hawks the last 15 meetings.

The big difference is that both Iowa State’s football and wrestling program have been on the rise recently. Last season Dresser’s was awarded with the NWCA’s Coach of the Year award for his rapid turnaround of the wrestling team. From a football standpoint one doesn’t need to look any further proof than for the first time in the rivalry’s history ESPN’s College Game Day will be at the game.

What we are left with is one of the biggest weekend’s in the history of the Cy-Hawk rivalry. With Iowa ranked #19 and Iowa State just missing out of the AP’s Top 25, it should be a tremendous environment for both fan bases, but the Cyclones will be hoping for more than just a football victory as coach Dresser will have several big name recruits in town.

The biggest names expected to be in attendance are in the class of 2021. One of the most sought after talents in that class is Michigan product Alex Facundo, who holds the #1 overall ranking according to Flowrestling. Facundo wrestles for the same high school that produced current Cyclone assistant coach Brent Metcalf.

Two other big names in the class of 2021 are instate products Drake Ayala (#12) of Fort Dodge and Caleb Rathjen (#19) of Ankeny. Fellow top 25 wrestler Wyatt Henson (#22) of Missouri will also be in Ames. Wyatt is the son of former World Champion and Olympic silver medalist Sammie “The Bull” Henson.

We’ve also learned that Cadet World Team member Mason Gehloff of Minnesota will also be in attendance. Gehloff is also a member of the Class of 2021.