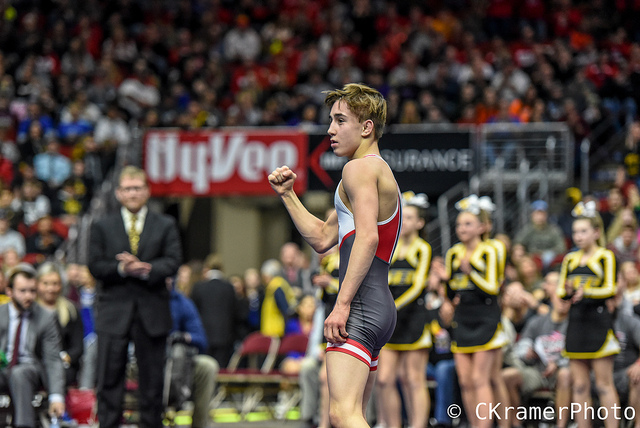 With the new school year quickly approaching that means its time for high school ranking services to begin updating their class rankings for each grade after factoring in summer results. Last week Flowrestling’s Willie Saylor updated his class of 2020 rankings, and instead of listing the top 100 he doubled down and expanded his list to 200. Four Iowa natives made the list for 2020.

This week Saylor updated his class of 2021 rankings (full list available on Flowrestling) and once again he expanded his usual list from 100, pushing the soon-to-be-junior list to 150 names. This led to four Iowans making his ‘Class of 2021 Big Board’.

Two Iowa natives cracked the top 20 nationally. It was no surprise to see Fort Dodge native Drake Ayala as the top Iowan coming in at #12 (down slightly from #9) after he won a Fargo national title in July. Ayala is one of the top lightweight prospects in the country and is drawing interest from all three instate schools in addition to outside states.

The other top 20 wrestler is another consistent performer on the national level, and that is Ankeny’s Caleb Rathjen at #19.The junior missed the podium in his first year of Juniors, after making the finals at the 16U (formerly Cadet) level a year ago.

The other two Iowa natives on the list were Griffin Liddle of Bettendorf and Adam Ahrendsen of Union. Liddle finished second in the country in the 16U division at Fargo in freestyle and is climbing the national rankings at heavyweight in addition to the class rankings. Ahrendsen also finished runner-up at the 16U level, taking second in Greco-Roman.

Also featured in the top ten nationally is Simley, Minnesota’s Ryan Sokol, who has already given his verbal commitment to the University of Iowa. Sokol recently competed at UWW Cadet World Championships and is slated to compete at Flowrestling’s WNO event in Iowa City this fall for the opportunity to hold the nation’s top spot in the rankings.

One thought on “Iowa Duo Featured in Flowrestling’s Top 20”