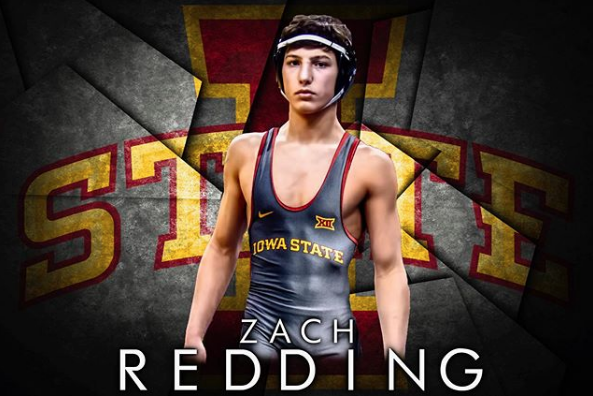 Proud to announce that i will be continuing my wrestling and academic career at Iowa State University, I would like to thank my parents, coaches and everyone who has helped me get to this point #rollclones🌪#d1wrestle

The Cyclones added another Top 200 wrestler in the class of 2020 as New York prep Zach Redding of Eastport-South Manor announced his verbal commitment to the program via his Instagram account. A projected 141-pound recruit, Redding joins a class that features two other top 200 wrestlers, and four wrestlers total.

This could be the first of several more Iowa State commitments, as Redding was one of a number of recruits that were in town just two weeks ago, and the Cyclones are expected to host several marquee names in the next recruiting class this weekend when the football team faces instate rival, Iowa.