Top Available Wrestlers in the Class of 2020 – August 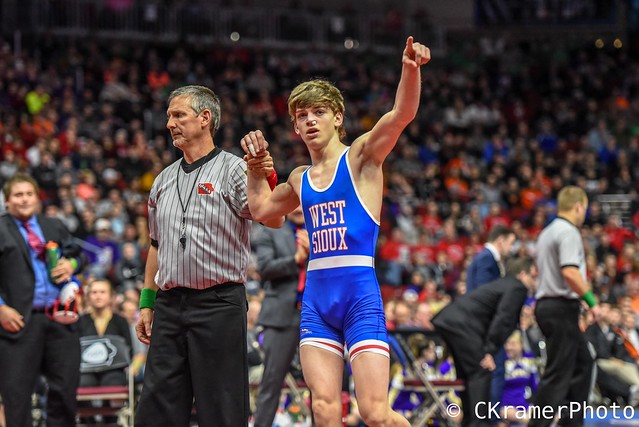 Soon the graduating class of 2020 will be heading back to their respective high school to begin their final year of schooling before heading off to their futures. The state of Iowa is blessed with many talented individuals in the sport of wrestling and year in and year out the state produces many high quality athletes on the college level.

The Class of 2020 looks to be no exception, in fact six wrestlers have already verbally committed to continue their wrestling careers on the Division I level and we should see them joined by several more before this class is all said and done.

Not to mention the other athletes in this class that will attempt to go on to continue their wrestling success at the other levels of college wrestling like Division II, Division III, or NAIA.

The success of programs like Wartburg and Grand View, and resurgence of a program like Loras, owe a lot of their contributions to Iowa natives, and this class should continue that tradition of Iowa natives performing on the next level.

At this point in time there is no doubt to which name should be a top this list and is lightweight star Adam Allard. This winter Allard will be one of two wrestlers looking to win a fourth individual state title. Earlier this summer Allard churned out a third place finish out at Fargo in Greco-Roman and is considered a promising lightweight recruit.

In an article released by the Des Moines Register author Cody Goodwin stated Northern Iowa, South Dakota State, and Ohio State are all showing interest in the western Iowa product.

Northern Iowa has done a tremendous job of gobbling up local talent over the past five years and Allard could come fit in at either Panther lightweight spots in the future. SDSU is also known for tapping heavily into the Iowa market for their recruits nabbing four wrestlers in the class of 2019. The Buckeyes also picked up an Iowa product recently landing 2019 recruit Nick Oldham.

One name that folks have had their eye on for quite some time now is Union product Jack Thomsen, who is coming off a state title performance as a junior. The younger brother of four-time state champion Max Thomsen, the younger Thomsen showed he shares more than just a name with his elder brother.

In March Jack put on a show against 3A state champion Eli Loyd where he won his War at West Gym bout by major decision. Given his brother’s presence in the current UNI lineup and his proximity to Cedar Falls he is expected to be a target of the Panthers among others.

After coming so close to winning a title as a sophomore, Pleasant Valley’s Eli Loyd managed to find the top of the podium as a junior defeating Mason City’s Colby Schriever last February. Without a doubt Loyd will be another big name to watch over the coming months.

The Pleasant Valley prep has been in contact with Grand View, Graceland, and Northwestern. He has already visited Loras and plans to visit Grand View soon.

Middleweight prospect Wade Mitchell is another name to watch. The western Iowa product has finished in the top five his first three years and picked up his first state title in 2019.

In an earlier interview on IAwrestle we spoke with Underwood standout Blake Thomsen and got some insight on what schools he is currently considering at this point in time. During our July interview Thomsen listed Augustana, Grand View, Coe College, St. Cloud State, Lindenwood, and Buena Vista as schools currently in the mix.

This coming season Thomsen will be one of the senior leaders on an Underwood squad that is returning the second most team points from the 2019 state tournament. He will also be in search of his first state title after taking third in back-to-back seasons.

Underwood has no shortage of talent this coming season, as evidence by the fact that two of the top seniors in the class of 2020 come from the western Iowa program. In the same article that released schools in contention for Allard, Goodwin listed “Grand View and Northern Iowa, among others” as the teams in current pursuit of James.

James is a three-time state medalist that finished second as a junior at the 2019 state tournament. He has already taken a visit to Nebraska-Kearney, but is still open in his recruiting process.

One of the wrestlers that shot like a rocket up the class of 2020’s list is Eddyville-Blakesburg-Fremont standout Sage Walker. who went from not qualifying for the 2018 state tournament, to state runner-up in 2019. He completed his junior season with a 47-1 record with that lone loss coming in the state finals.

Looking towards the future Walker will visit Grand View in the month of August, but also still has plans to remain open in the recruiting process.