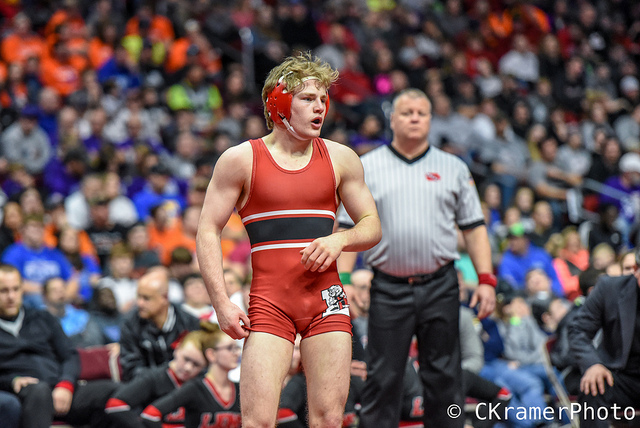 Flowrestling editor Willie Saylor has updated his rankings for the Class of 2020. The ‘Big Board’ was expanded to the top 200 wrestlers for the soon-to-be-senior class and is available for FloPro subscription members.

A total of four Iowans cracked the top 200 and for the first time Mason City’s Cullan Schriever does not hold the distinction as the top Iowan in his class. That honor now belongs to Lisbon’s Cael Happel who slots in the top 50 recruits in the country.

Schriever narrowly missed the top 50 and his drop is likely due to the injuries he sustained back in January and February which impacted the end to his junior season, and cost him his normal competition schedule of competing on the USA Wrestling circuit. In a recent interview, Schriever told IAwrestle he is close to returning and is looking forward to preparing himself for the next phase in his wrestling career.

All three instate schools are also represented on the Big Board. The Hawkeyes have verbal commitments from four wrestlers in the top 200 including the aforementioned Schriever and Christenson. They are joined by top 20 wrestlers Patrick Kennedy and Jesse Ybarra. Happel is UNI’s lone representative on the list, and the future Cyclones include Fisher and Pennsylvania’s Cameron Robinson.