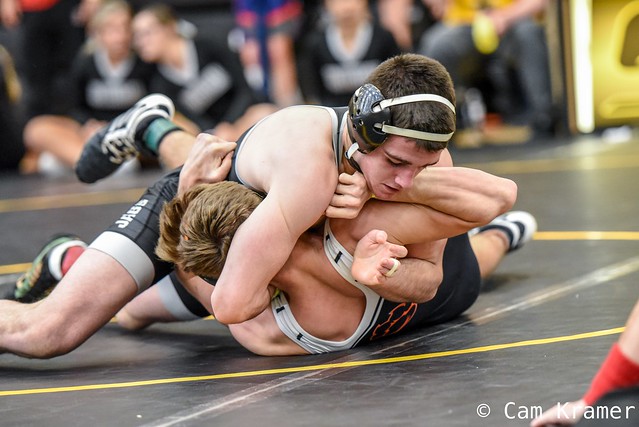 Kevin Dresser has swooped up a couple more recruits this week, adding to his class of 2020 haul. The newest additions feature a current Iowa prep standout Ben Monroe and the other big name joining the class is Minnesota’s Drew Woodley. The two preps join fellow commits Cody Fisher and Cameron Robinson in the Cyclone’s 2020 class.

This first commit to verbal this week was Woodley, who is a two-time state finalist for Northfield high school in Minnesota. As an eighth grader and freshman Woodley qualified for the state tournament, but he has really hit his stride taking second in each of the last two seasons. As a junior he compiled a 50-3 while competing at 138 pounds.

Drew is the son of Andy Woodley, who grew up a basketball star in the state of Iowa and later went on to coach at Grand View. His grandfather is Mike Woodley, who is the head coach of the Grand View football program. He also has three uncles, Brian, Joe, and Matt that also hold well recognized coaching roles in the Des Moines area.

“What these coaches have going on in Ames is something really special, and a lot of my family lives in Iowa so it felt great to come back closer to them.” Woodley told IAwrestle.

Woodley says he plans on attending several camps in Minnesota in addition to attending workouts at the Cyclone-Regional Training Center. He made his decision to attend Iowa State over the likes of Wisconsin, North Dakota State, and St. Cloud State and will project at 141 pounds.

The other big name is another familiar face in the Des Moines area as three-time state finalist and Ankeny Centenial stanout Ben Monroe also announced his verbal to the Iowa State program the following day.

“There are many factors that drew me to ISU.” Monroe said, “First, the atmosphere in that room is second to none. The coaches and the athletes do everything they can to reach their goals, while having fun. They can help develop me so I can be the best possible version of myself.

“Iowa State also has the academic programs I am looking into (possibly agriculture), and the campus is always alive. Finally, ISU is close to home and I’ve grown up constantly being in Ames cheering on the Cyclones in many sporting events, so of course the opportunity to become an athlete at ISU is one that I couldn’t pass up!”

A projected 149 pound recruit, Monroe picked Iowa State over Wisconsin and Northern Illinois. Like Woodley, Monroe plans on attending practices in Ames this summer as he trains in hope of winning a national title in Fargo, North Dakota at USA Wrestling freestyle nationals in July. The timing of these two committing is more than a mere coincidence as they two wrestlers have developed a bond during the recruiting process. When asked which wrestler he was most looking forward to scraping with in the Cyclone room, Woodley responded with Monroe as his pick.

“That’s a tough one. One of Iowa State’s newest recruits Ben Monroe is a kid I plan on wrestling with a lot this summer.”

“We met on a visit to Iowa State and we bonded pretty quickly.” Monroe added, “We have also practiced together at ISU’s RTC. We are hoping we can be roommates and that we can continue to work together to become the best we can. We can’t wait!”