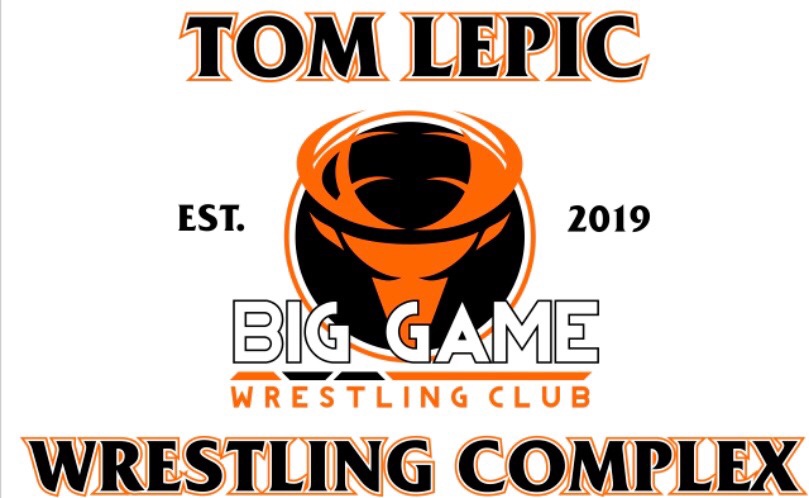 Today marks a new day for the Big Game Wrestling Club, as head coach Dylan Carew announced the addition of the Tom Lepic Wrestling Complex, coming to the Corridor Area later this summer. The complex boasts a weight room and wrestling area for members of its club, and plans to offer additional amenities soon.

“We are excited to open the Tom Lepic Wrestling complex named after a true ambassador of the sport and a man who has made an incredible impact on the sport of wrestling in the state of Iowa. Mr. Lepic embodies success and hard work and we are extremely lucky to have his support. I would also like to thank our athletes, parents, family members, significant others, and Jeff Carew for all the years of hard work to make this happen!” – Big Game Wrestling’s Head Coach and founder, Dylan Carew.

The Tom Lepic Wrestling Complex is located on Penn Street NW just west of the city of North Liberty. The facility will feature enough space for three and a half wrestling mats, which is where Carew intends to hold his weekly club practices. Previously the club worked out in several locations including Iowa City West high school and Iowa City Regina high school.

“The main objective of this complex is to provide our wrestlers and parents with world class facilities to help them achieve their competitive and life goals.” Carew added when discussion his vision for the future, “We are extremely lucky to have the ability to house and train our athletes in such an elite space. We have a strong belief in cross training and intend to deliver more then just wrestling out of the facility including boxing, jiu jitsu, MMA, and more. We expect to open the facility some time in August for the start of our new year. I can’t express the gratitude I have for everyone involved in making this dream a reality.”

In addition to the wrestling space Carew also has plans to include a 30’x80′ area dedicated to weight and cardio training. The facility will have locker rooms for both men and women. Carew also envisions the complex to feature a sauna, steam, and training rooms in the future. The complex also have an outdoor training space. The complex will also will have space dedicated for an apparel outlet, and offices.

Big Game Wrestling Club was started by Carew back in 2013. Shortly after beginning his club Carew moved west to Bozeman, Montana, where he spent several years developing a club that produced several Division I wrestlers, including 2019 All-American Jarrett Degen. In 2017 Carew made the decision to move back to Iowa and re-established his Iowa branch in the Iowa City area. Since then Carew has been spending a majority of his time in Iowa, but still maintains and travels to his Montana location.