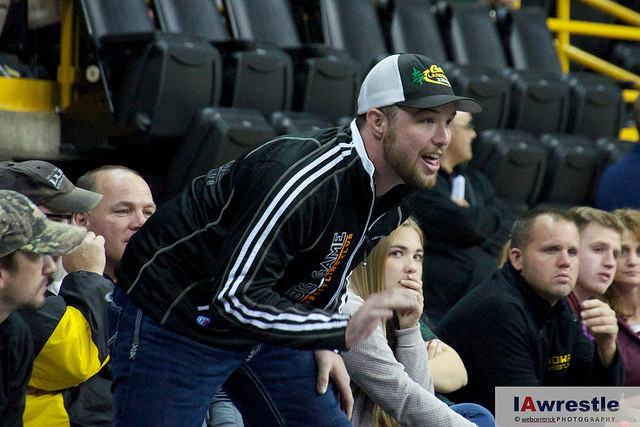 The Trojan Wrestling Club presents Big Game Wrestling Club which will be a new club in the Iowa City area with practices held at Iowa City West High School. The year-round club will have three training sessions: Pre-season, folkstyle season, and freestyle/Greco-Roman season. The first practice is scheduled for Monday, September 18th. The club will then begin a regular practice schedule meeting on Monday and Wednesday nights at 7:00 PM. The club welcomes all wrestlers of any age and skill level to attend.

Running the club is former Iowa City West standout Dylan Carew, with the Iowa City location the second location for Big Game Wresting Club. The other being in Bozeman, Montana.

A two-time state champion for West, Carew went on to wrestle for the University of Iowa competing at 149 pounds. After finishing his college career in Iowa City, Carew moved to Texas for a while, before landing in Montana which is where he opened his first Big Game Wrestling Club location. There he partnered with former wrestlers Val Rauser and Josh Morin to quickly become one of the most successful clubs in the state.

The club’s most recent standouts include Jarrett and his brother Sawyer Degen who each won four individual state titles. Jarrett finished his career a Fargo All-American, and committed to Virginia Tech out of high school. His younger brother, Sawyer finished his high school career this past winter, and is headed to North Dakota State.