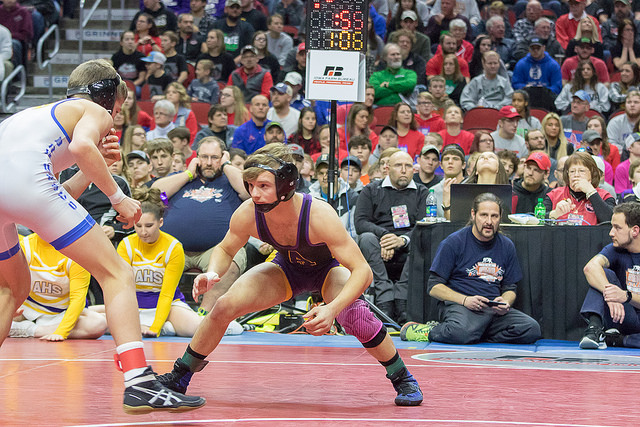 Another Fab 50 big board member has made his college decision. Earlier this week Alburnett standout Jaymus Wilson announced his decision to join Grand View to continue his wrestling career. A three-time state medalist in Class 1A, Wilson has progressively climbed his way up the podium nearly reaching the peak this past winter where he was the state runner-up at 106 pounds.

Wilson has competed his entire career at the 106-pound weight class where he placed fifth as a freshman, third as a sophomore, and second as a junior. Currently the Alburnett prep is ranked #31 in the Fab 50. Since he has competed at high school’s smallest weight class for most of his career it should come to little surprise that Wilson projects as a 125-pound recruit for Nick Mitchell and the Grand View Vikings.

At this point “National Champion” and “Grand View” have become synonymous in the NAIA division. The program is currently enjoying a seven year title streak with a lot of that success coming from homegrown products like Wilson. Of Grand View’s 12 national qualifiers last season, 8 were Iowa natives.

After lots of thinking and talking with family I would like to announce that next fall I will be continuing my academic and wrestling career at Grand View University! #GoVikings pic.twitter.com/Hg1yO0Cnuy