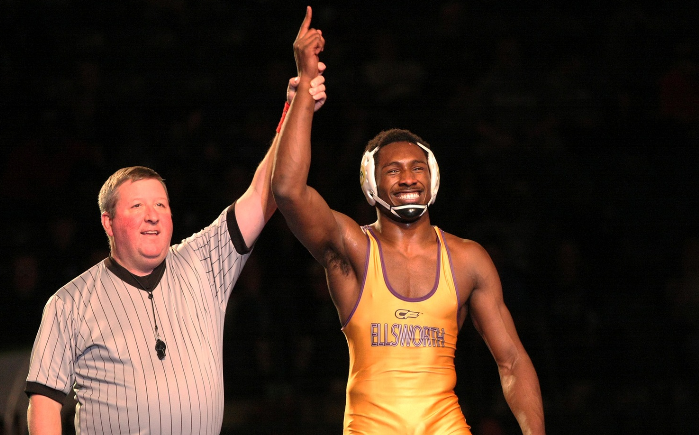 One of the state’s top JUCO wrestlers is headed east, as Ellsworth Community College announced that Tim Young has signed to wrestle with Old Dominion University in Virginia. The Aurora, Illinois native was the NJCAA national champion at 197 pounds as a freshman in 2017.

“Not many people can say they won a collegiate national championship, especially as a freshman.” Ellsworth head coach Cole Spree said,  “Tim was able to cap a memorable season last year and it went recognized by some very large programs. I truly believe he is about to make a big splash next year in the D1 scene for Old Dominion.”

The Big Blue are led by former University of Iowa standout Steven Martin where he was an All-American under Dan Gable. In 2018 Old Dominion qualified four for the NCAA championships scoring just two points and finishing in 50th place as a team. Young should come in and contend for a starting spot. The 2018 starter was freshman Noah Bushman, who was 11-17.

“Tim Young is a exceptional athlete and person off the mat.” Martin told IAwrestle, “We expect big things from him as he was a JUCO champ as a freshman.”