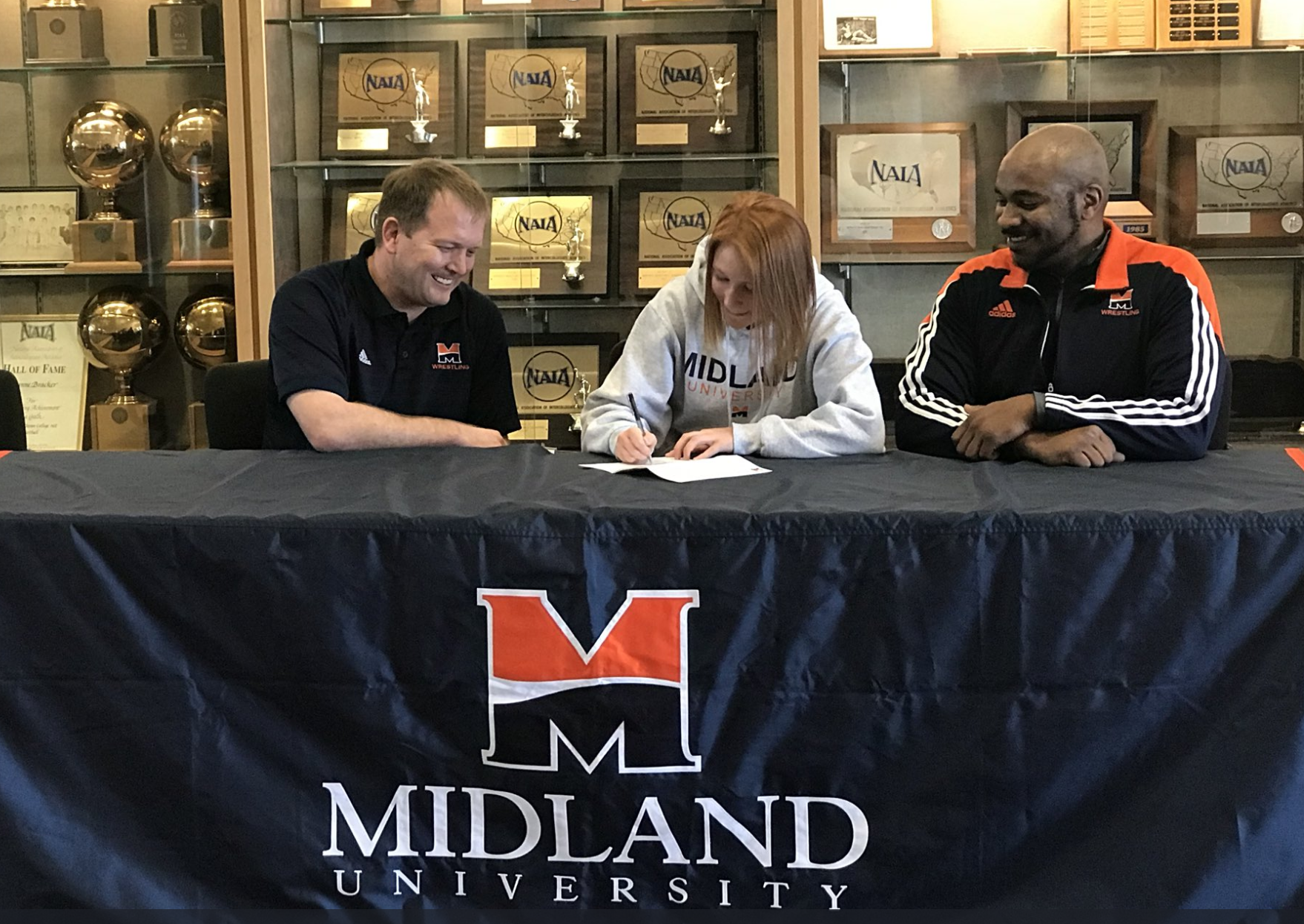 The past year has been an opportunity for Alanah Vetterick to step back, find herself and study the sport of wrestling to re-evaluate her style. The Norwalk Senior underwent bilateral labral surgery in August and November of 2017, with hopes to repair it for her long term goals. It won’t be easy coming back to college level competition but Vetterick and her coaches are up to the task.

“Everything felt right for me. Even with past injuries, the coaches believe in me and have agreed to work through them to help me reach my potential.” Vetterick told IAwrestle on her commitment to Midland.

Vetterick chose Midland University over McKendree University where she plans to redshirt but hopes to compete in the second half of the season at 116 pounds.

Unfortunately she is still recovering,  which this means we won’t see Vetterick compete for Iowa at the Freestyle National Championships in Fargo which is where her last major competition was taking fifth place.

Know for her presences on the women’s national scene, Vetterick also competed on both junior varsity and varsity for the Norwalk Warriors and was a three-time runner up at Girls Folkstyle Nationals.

“This has been a dream of mine to wrestle in college since I started ten years ago. Being able to pursue that dream is exciting to me.”