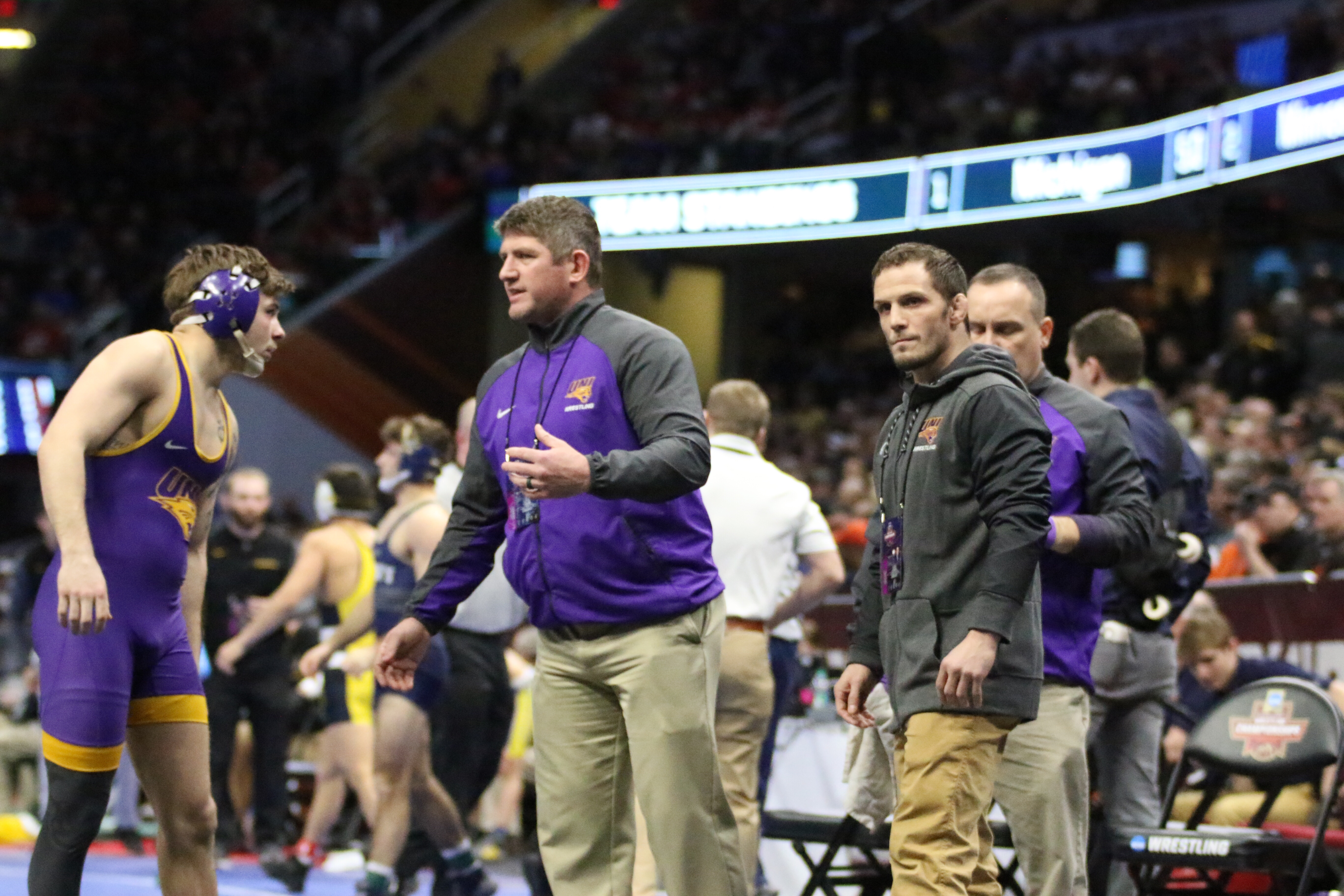 Doug Schwab cleaned up in the state of Iowa this year. To end the folkstyle season our state placed nine wrestlers in The Open Mat’s top 100 wrestlers in the class of 2018, Schwab managed to land the commitments of four of those wrestlers and then some. The haul ranks near the top of the country (Subscription required) according to TOM, giving the Panthers a strong possibility of landing their second top ten recruiting class in four years.

The top recruit on the list is Bennett, who made big strides in his senior campaign to push him way up the list. In his final year Bennett won USA Wrestling Preseason Nationals, won his first state title – downing another nationally ranked wrestler along the way, and he won two matches at the Pittsburgh Wrestling Classic All-Star Dual. Bennett was called upon to wrestle both 120 and 126 after Biscoglia was bumped to the main event due to a scratch on the Team USA roster.

But as much as this class is defined by its ranked wrestlers, the unranked wrestlers will play a large role in just how successful this class will be. Four additional recruits Gable Fox (Don Bosco), Cayd Lara (Fort Dodge), Noah Glasser (New Hampton), and Tyrell Gordon (Waterloo East) are also in the class and have strong credentials. Fox is a road warrior, traveling all over the country winning medals at national events such as the Freakshow and FloNationals. Lara was a USA Wrestling Preseason National champion last fall, and Gordon earned All-American honors last summer in USA Wrestling’s Junior division of the freestyle and Greco-Roman Nationals.

This would be the second top ten class in less than a full recruiting cycle for the Panthers. In 2015 Schwab landed the #4 overall class, and his lineup has already seen the fruits of that labor. Half of the expected 2018-19 starting lineup came out of the 2015 class, and through the first two years has produced two All-Americans. Similar to the 2015 class, the 2018 class has the potential to produce multiple starters as Schwab was able to land wrestlers that project at multiple weights.

This is a strong trend in the positive direction for the Panther Train and with all of those names from the #4 ranked 2015 class taking redshirts, we are only at the mid-point of their careers. Next year, the Panthers return all ten starters, plus they return Steiert at 165 which will give them a full lineup of experience. To top that off, only two wrestlers in the projected next year lineup are seniors, which gives the 2018 class the opportunity* for another year of development.

*Obviously if they are the best wrestler in the room, Schwab will plug him into the lineup, regardless of age.

With two large classes on the roster at the same time it remains to be seen how aggressive Schwab will be in recruiting the class of 2019. Looking just at the state of Iowa, the 2018 class is much stronger on paper (in terms of depth) than the class that follows. If ever there was a time to capitalize on swooping up the local crop of wrestlers in our state, now was the time.  This is a strong group of wrestlers headed to Cedar Falls, and fans of the Panther Train should be excited to see what they can do for them in the Purple and Gold.