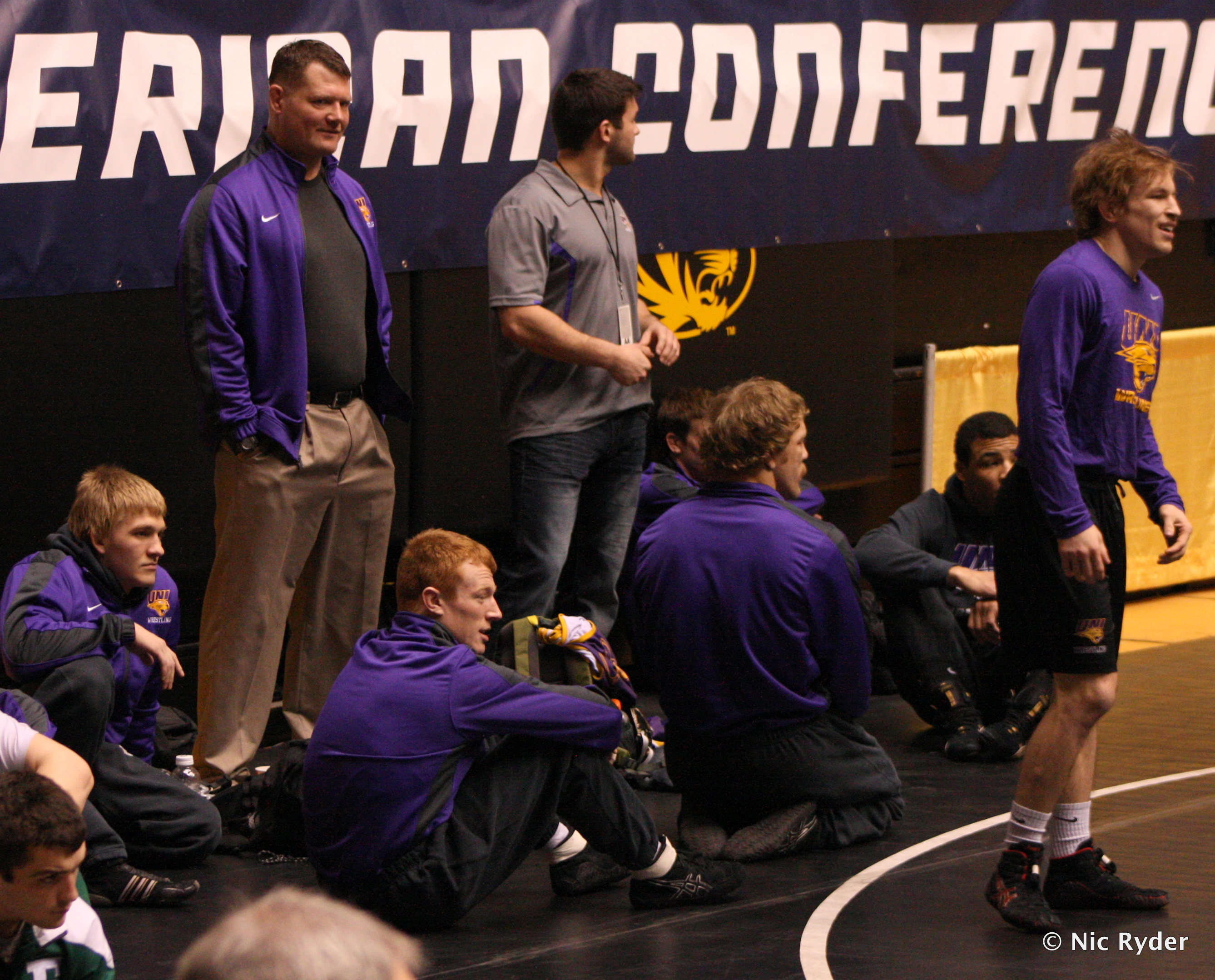 A new service has released recruiting class rankings, this time it was Willie Saylor at Flowrestling. The full list of rankings are available to Flo Pro subscribers, so if you want the complete breakdown you will have to check it out there, but there are some points I would like to discuss.

The first thing that should be mentioned is Saylor puts quite a bit on material on his rankings. He tells you why each class is ranked where they are, why they aren’t higher, and his intro explains how he evaluates the class (Super stars, Productivity, and Fit among the key things he is looking for).

Jumping in, the second straight service that has released a top ten recruiting class ranking has placed Northern Iowa and Doug Schwab’s tremendous 2015 class at #4. I would say by the time Taylor Lujan (174/184) committed to UNI, and then Max Thomsen (149) defeated Fredy Stroker was the two biggest shifts in moving this class up the list.

For one Lujan looks to be an absolute stud, and his display of dominance to the Super 32 title was a fine example as to what type of wrestler he can be in college. From what I have seen of Lujan personally is that he has the “stuff” on his feet that will translate to college. His teammate Thomsen finished runner-up at that Super 32 tournament, and after having a rough showing at Fargo, came out with one of the best senior seasons by an Iowa prep.

Thomsen was able to cement himself as the top Iowan by beating Stroker in the Keith Young tournament in December and after losing two straight to Hawkeye recruit Mike Kemerer, found redemption in the third meeting at the Iowa Dream Team dual. I would have to agree with Saylor that Thomsen, Lujan, and Waverly-Shell Rock’s Bryce Steiert (157) – all ranked top 30 – could be one of the best trio’s in the 2015 class.

Adding to the three highly ranked recruits, Schwab brought in multiple guys who are ranked nationally, and his lowest recruit who is unranked was still a two-time Iowa state champion. Saylor mentions that UNI was close to being over top the Minnesota Gopher’s #3 ranked class, but the Minnesota wrestlers have a higher ceiling. I think that is a fair assessment, but I believe that Schwab can really develop and mold this class into something special.

The other Iowa team ranked, the Iowa Hawkeyes came in at a surprising #9 spot. I find it surprising not because of the group of guys Iowa is bringing in, but because it appears Saylor is higher on the class than the other two rankings that have come out thus far. InterMat had Iowa #12, and Associated Wrestling Press had them #13.

What does appear to be consistent across all sites was the respect Mike Kemerer (149/157) is getting. Industry consensus seems to be leaning that he will not only find his way into the lineup for multiple years for Iowa, but there is a good chance he is a star once he gets there. It’s hard to argue against that, with Kemerer winning a ton of national tournaments in the past year, and like Lujan he looks to be a wrestler that knows how to score in the neutral position, and he’s done it against some pretty good recruits.

The other thing in Iowa’s favor is despite finishing low on the final top 100 list, Vince Turk (141) and Steven Holloway (197) are both generally regarded as really good additions. No one wants to dub them as stars, but everyone sees the potential. Both Turk and Holloway sit at weights where Iowa is particularly thin – which may lead to them being impact starters sooner rather than later.

In addition to the ranked Hawkeyes, it’s pretty clear Iowa loaded up on depth in general. This class features 12 class of 2015 commitments, and that number goes to 13 if/when Aaron Bradley makes his way to campus after coming off a two year Mormon Mission. Iowa has had plenty of success with guys who were never nationally relevant out of high school, and it’s fun to listen to which wrestler Hawkeye fans think will be the breakout candidate. It’s fun because there almost every recruit has a lot of intangibles that could make them successful.

Count me a fan of both of these recruiting classes, and I don’t think it’s out of the realm of possibilities that we start seeing multiple guys producing for their teams within the next two years. It’s not easy to be a four year starter at a Division I program, let alone two schools with talent that Iowa and UNI have in their rooms, but I have a feeling that couple of these guys might be able to pull the feat off.