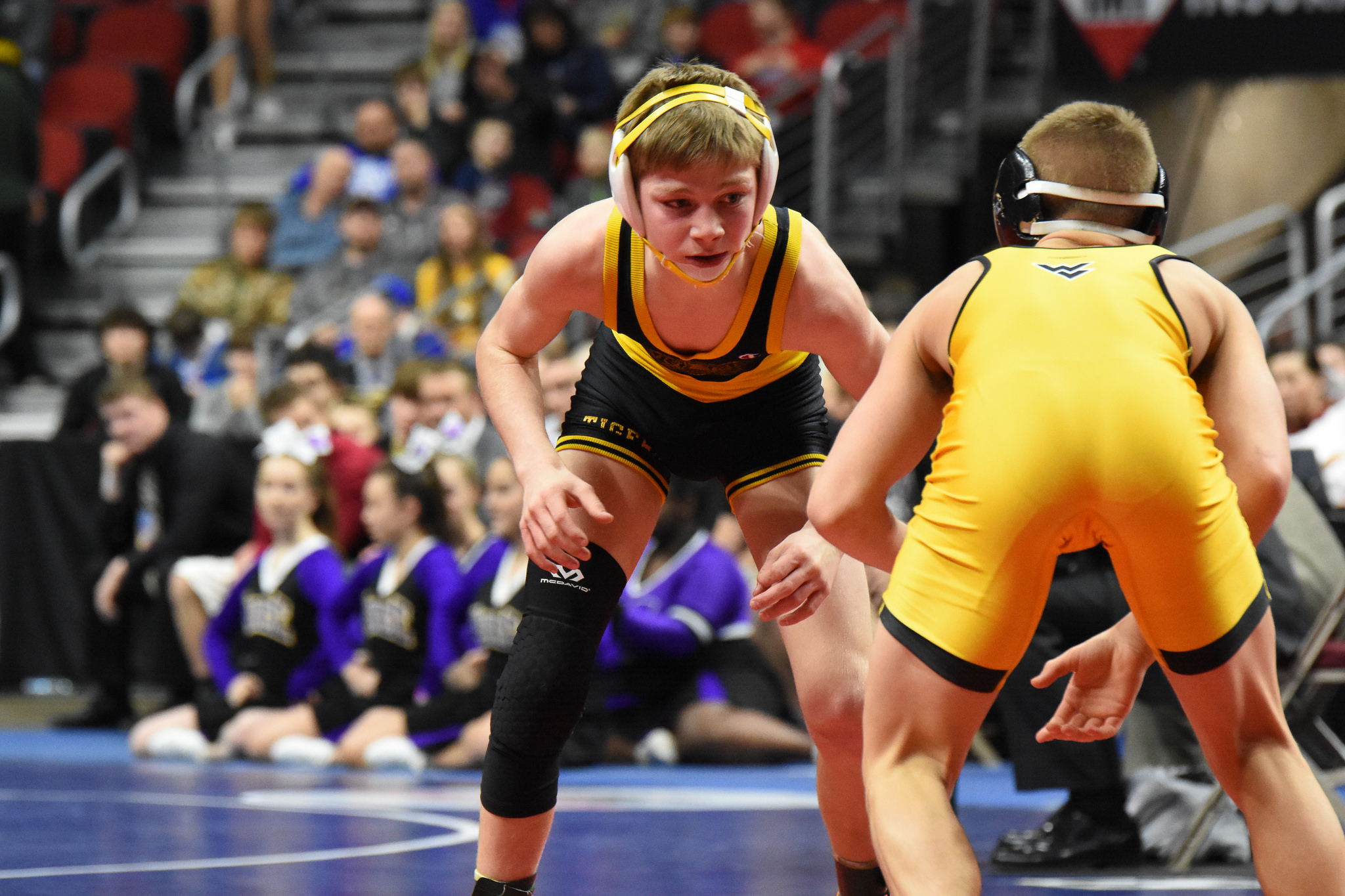 For the second straight day, Nick Mitchell has picked up the commitment from yet another lightweight prospect in the state of Iowa as New London’s Sam Loyd will wrestle for Grand View.

“I chose Grand View because of the Championship Lifestyle, Coach Mitchell and Reedy want you to succeed in life and not just wrestling.” Loyd told IAwrestle. “This is the perfect place for me to achieve both my academic and wrestling goals.”

As a sophomore Loyd came into the state tournament the #5 ranked wrestler, but after defeating Don Bosco’s Gable Fox 7-5 in the semifinals he ended up wrestling for a state title on Saturday night. As a junior Loyd was one of the state’s top wrestlers, but due to a tough district assignments Loyd would miss the 2017 state tournament losing to #1 ranked Cael Happel of Lisbon and #3 Devon Meeker of Wapello.

“Getting 3rd place at districts didn’t change who I am as a wrestler. It made me stronger as a wrestler and a person. It’s not just a gold medal that makes a true champion it’s overcoming adversity and continuing to look forward.”

This is the third state medalist to commit to Grand View in the last month as Loyd joins Shea Ruffridge and Tanner Abbas as the Vikings other most recent commitments.

Note from Sam: “I would like to thank my parents, family, Coach John Siegle, Johnny Siegel, all of my coaches at New London, and all my workout partners because without them I would not be where I am today and none of this would have been possible.”

One thought on “Sam Loyd Commits to Grand View”