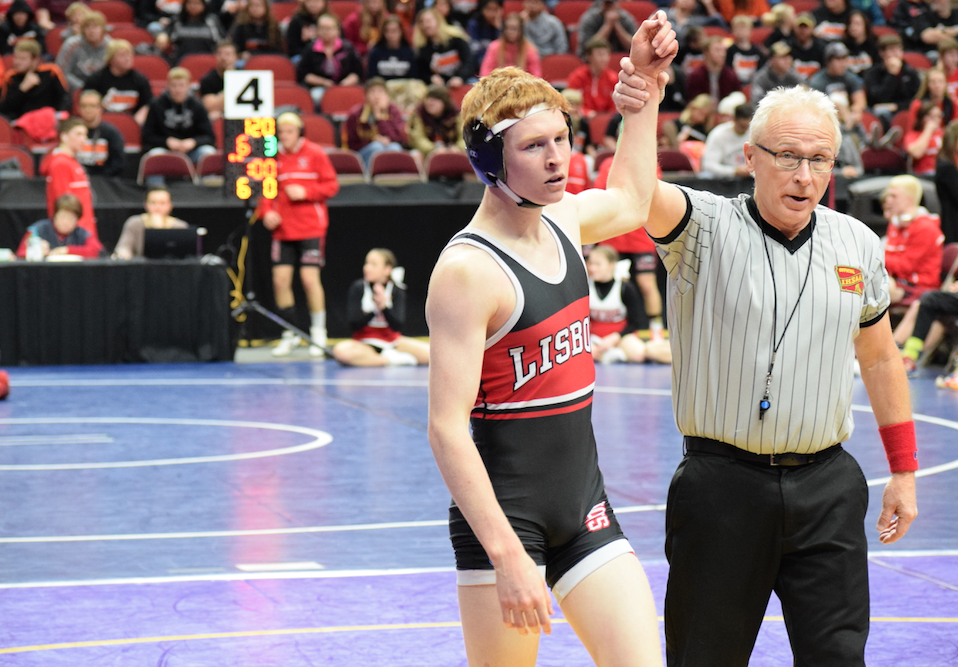 “I feel like Mankato was a perfect fit for me.” Siebrecht told IAwrestle, “I went on 10 college visits, and MSU-Mankato was my ninth visit. After I got a tour of the campus and met with Coach Makovsky and some of the guys on the team, I knew it was the right place for me. I am confident that I will be able to reach my wrestling goals at Mankato.”

As a freshman Siebrecht earned his first state medal competing for Alta-Aurelia taking eighth at 106 pounds. The family moved to Lisbon for Siebrecht’s sophomore season where he finished fourth at 120 pounds. He earned the #1 spot in IAwrestle’s rankings heading into last year’s state tournament, but taking everyone by surprise was Riceville’s Chance Throndson who picked up an upset in the quarters. Siebrecht would battle back for third. In addition to dominating the 1A state tournament, Lisbon also competed at several tough regular season tournaments, the Independence Invite and Mount Vernon Invite, where Siebrecht managed a sixth and second place finish respectively.

Siebrecht plans to wrestle 149 in college, and will be at either 138 or 145 pounds for the Lions this season.

Excited to announce that I have committed to attend and wrestle for The, Minnesota State University! #GoMavs #HornsUp pic.twitter.com/C1Y07vuE3d