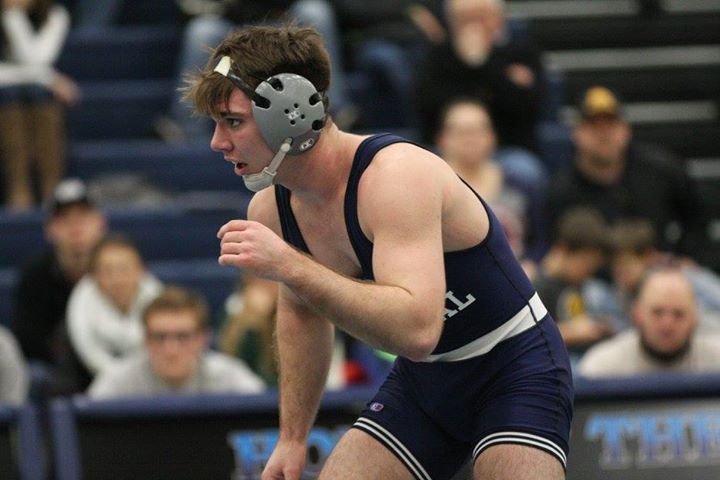 Iowa Central NJCAA national champion Dayton Racer has found a new home in Division I wrestling as he announced that he will be transferring to Ohio State University on his personal Twitter account.

“I wanted to create the best opportunity to achieve my goal,” Racer said on his commitment to the Buckeyes, “I want to be a D1 national champion and I have had this goal since the second grade.”

A former top 100 recruit, Racer transferred to Bettendorf high school after wrestling his first three years as a prep in Minnesota. After spending some time in the #1 ranking, he would finish second to Waverly Shell-Rock’s Bryce Steiert in the 3A 160-pound state finals for the Bulldogs. He committed to Kevin Dresser and Virginia Tech following his senior campaign, where he redshirted his initial college season. Racer then moved back to Iowa where he enrolled at Iowa Central, winning the 157-pound national title for the Tritons.

“After leaving Virginia Tech I worked extremely hard in the classroom and on the mat to get back on the right track to achieve this goal. I wanted to put myself in a better position than what I was before and I feel that Ohio State has the resources to pursue my dream on and off the mat. Having coaches like (Tervel) Dlagnev Tom Ryan and teammates like (Kyle) Snyder I instantly knew that I would have great mentors who will help me grow in the sport and keep me focused.”

Racer will project at 157 pounds for Ohio State where he will have three seasons of eligibility remaining. Racer selected the Buckeyes over Ohio, UNI, Iowa State, and Minnesota.