Dan Dennis wins gold in final tune up before Rio 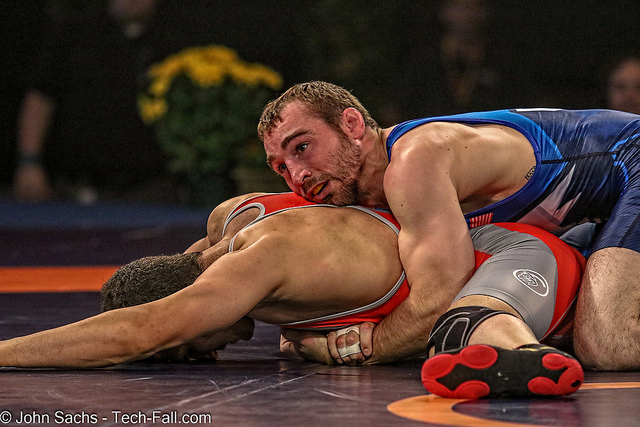 Olympian Dan Dennis (57 kg) of the Hawkeye Wrestling Club was able to win gold at the 2016 Grand Prix of Germany. This is the final competition for the Men’s Freestyle team prior to the Olympic Games, which take place next month in Rio de Janeiro.

Denis started his tournament off by defeating Roman Walter (Germany) by technical superiority, 10-0. He followed that with another big win against Baris Kaya (Turkey) 11-0. Dennis completed his run with a 3-2 win over Mirjalal Hasan-Zada (Azerbaijan).

It will be more than a month before we see Dennis on the mat again, with 57 kg competition scheduled to compete on August 19th with the 74 kg wrestlers. Dennis has become one of the more intriguing storylines on this Olympic team after he decided to make his comeback into the sport of wrestling in 2015. Prior to that Dennis was coaching a California high school team, and traveling around the United States while sleeping in his truck.

“Daniel competed very well today winning the gold medal. In his finals match there were some very inconsistent calls which he handled with poise and great composure. Both of these characteristics will be important for our team when we get into the fire-fight in Rio,” said Assistant National Freestyle Coach Bill Zadick.