Five Matches We Want to See at Indianola 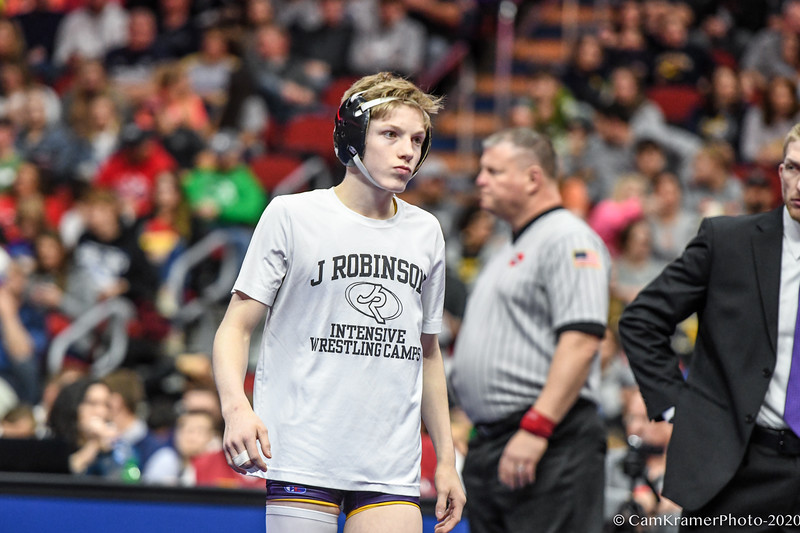 This weekend Indianola will play host to 50 ranked wrestlers and here are some of the top matches we want to see go down at the tournament. The event is being streamed on Trackwrestling.

One of the top wrestlers in Iowa at 106 pounds, Downey slipped from the fourth slot in Class 3A down to number five in the latest rankings. While there aren’t a ton of opportunities to pick up in state wins he will have an opportunity to face some top competition from Nebraska or Missouri. Ideally, he would run into one of these wrestlers in the semifinals, and the other in the finals.

Early signs indicated that the older Downey was looking to go 126 pounds this season, but it looks as though plans have changed as we have seen him compete up at 132 pounds where he is now considered the #2 wrestler in Class 3A. This weekend he could run into 2A fourth place medalist Kolten Crawford, who is ranked #4 which could be a fantastic top five matchup.

Any other time this would likely be one of the top matches we would be looking forward to this weekend, but since the two have already have met just a few months ago. In that meeting it was Anderson who defeated Coyle by a score of 7-2, but it is still hard to pass up an opportunity to watch two big name lightweights clash. It might be made better by the fact that Coyle will be motivated by both the opportunity to avenge his previous loss and the fact that he took a surprise upset last weekend to SBL’s Noah Parmalee.

Much has been said of what could be of a potential matchup this weekend is between Rathjen and Antrell Taylor at 160 pounds, but we really shouldn’t be sleeping on Frost, who would be a legitimate Division I wrestling prospect if he weren’t committed to playing baseball in college. Of note Frost could have a bit of size advantage to his factor as he is probably best suited to wrestle 170 but after losing a wrestle off to Cade Tenold he is cutting down to 160. On the other hand Rathjen is planning on cutting to 152 by the end of the season.

This match could also be sneaky good this weekend as the nationally ranked Ahrendsen could wind up facing Bosco’s top ranked Tenold. Any time you can have to potential state champions meet head-to-head it’s must watch wrestling and this meeting would be no exception. Obviously, Ahrendsen will be the favorite, but Tenold is a two-time state finalist in Class 1A is certainly capable of challenging.

No Iowa ties in this one but Robertson knocked off 2A #1 Jack Gaukel back-to-back weekends so it will be real intriguing to seem him match up with Logan Rathjen (cousin to Caleb) who is a top wrestler from Missouri.