NOC Rematch on Tap at 120 in Indianola 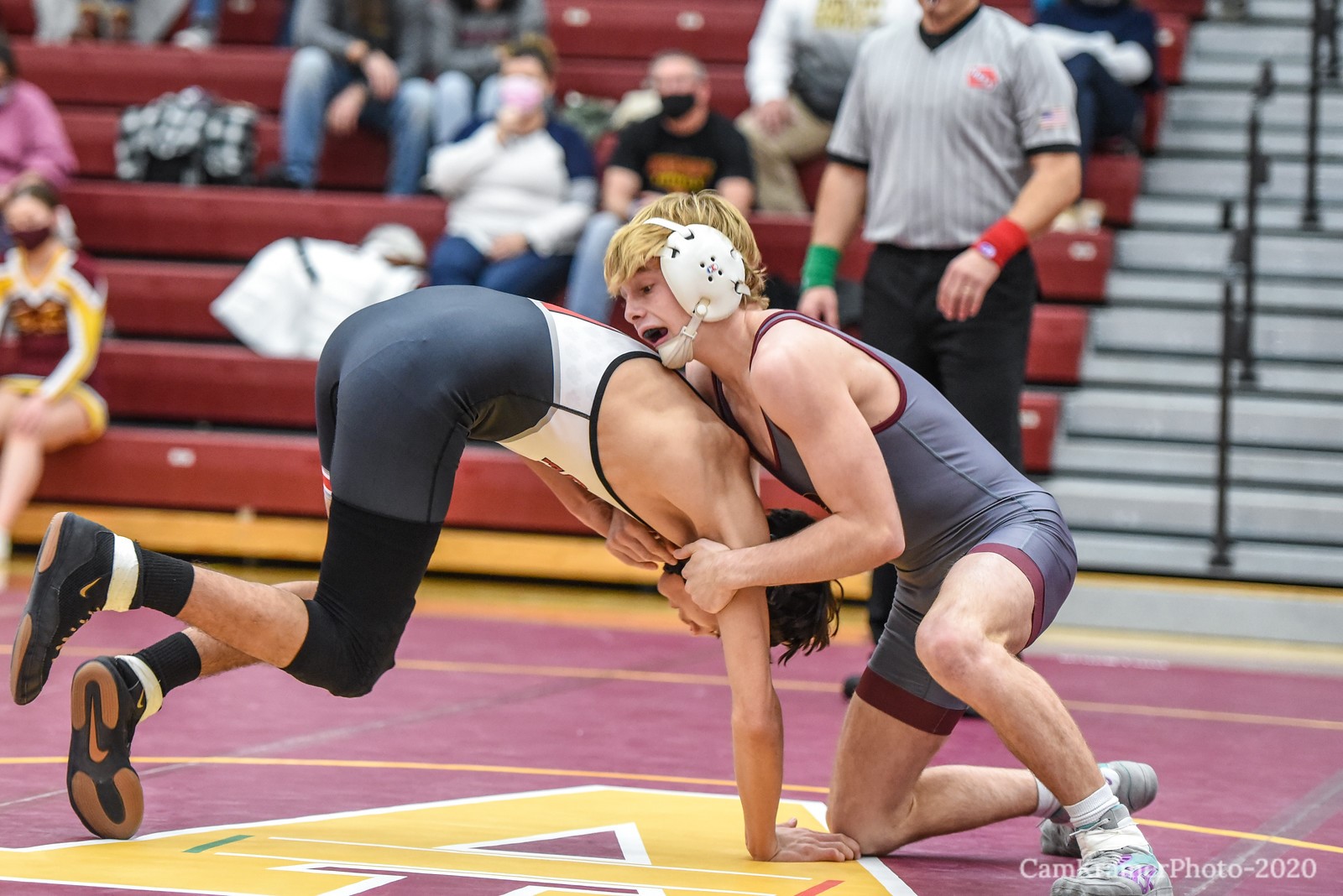 This weekend we may see as many as 50 ranked wrestlers could take the field, and the 120-pound bracket is no exception to big name talent. We’ve already hit on the potential nationally ranked showdown at 160, the top ranked talent at 145, but now lets take a look at the field at 120. The tournament will be streamed live on Trackwrestling via IAwrestle. Fans of IAwrestle could potentially see a Night of Conflict rematch within the 120 bracket if the top two wrestlers hit.
The state of Iowa has three ranked wrestlers in the field – the top ranked one being Ankeny’s Trever Anderson, who was a 2019 state champion before taking third in 2020. Now Anderson finds himself ranked #2 in Class 3A. The top ranked wrestler in the field is Millard South’s Caleb Coyle, who is the top ranked wrestler in Nebraska. Last weekend Coyle took a surprise loss at the Arena Sports Academy Invitational – though he did manage a comeback for third. Back in the fall Coyle met Anderson at our Night of Conflict event and fell 7-2 in that meeting.
Other ranked wrestlers competing are Liberty’s Christopher Coates who is ranked second in Missouri, Don Bosco’s Garrett Funk, who is #4 in Class 1A, and Clear Lake’s Max Currier who is #12 in Class 2A.
Ranked 120’lbers in the field:
#1 Caleb Coyle (Millard South, NE)
#2 Trever Anderson (Ankeny)
#2 Christopher Coates (Liberty, MO)
#4 Garrett Funk (Don Bosco)
#12 Max Currier (Clear Lake)