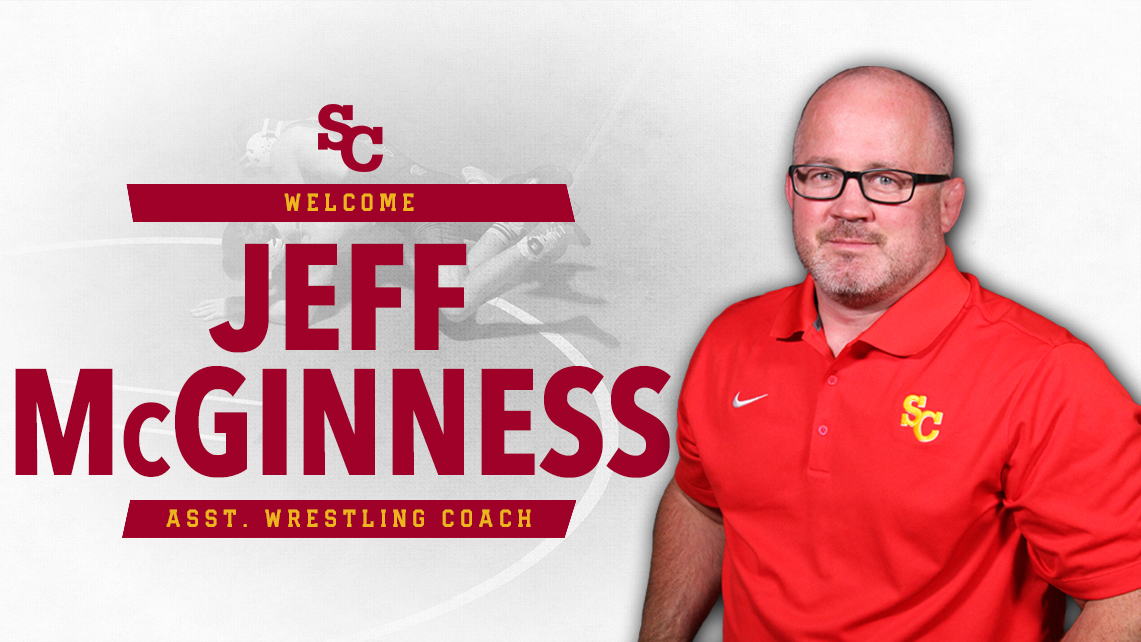 INDIANOLA, Iowa — Jeff McGinness, a two-time national champion at the University of Iowa, joins Simpson wrestling head coach Dylan Peters‘ staff as an assistant ahead of the 2020-21 campaign.

“It’s very exciting to have Jeff McGinness join our program,” said head coach Dylan Peters. “I am confident he will be an invaluable asset for the team. During his career at the University of Iowa, he experienced the pinnacle of collegiate wrestling.”

The 2018 University of Iowa Hall of Fame inductee amassed a record of 127-16 while competing for the Hawkeyes. From 1994-96, he won 43 consecutive matches, which still stands as 10th-most in program history. As a two-time team captain, McGinness was a member of three national champion squads, two of which were coached by Dan Gable. He also received the Mike Howard Award twice, which is handed out annually to the program’s most valuable wrestler.

“I am excited to join coach Dylan Peters in fostering a new era of excellence at Simpson College,” said McGinness. “As yet another apple in the Dan Gable coaching tree, I look forward to using many of the tools I learned to help our student-athletes achieve success on and off the mat.”

McGinness went an impressive 33-0 to capture his first career national title at 126 pounds as a sophomore in 1995, a year after earning All-American honors with a fifth-place performance. As a senior, he capped off his career with another national title crown, this time coming in the 142-pound division.

Among conference competitors, McGinness won two Big Ten titles, was tabbed the Big Ten Freshman of the Year in 1994 and received the Outstanding Wrestler of the Big Ten Championships honor as a senior in 1998. In addition to those accolades, he was a two-time runner-up at the conference tournament.

McGinness piled on the accolades away from the mat as well by receiving two NCAA Academic All-American First Team honors. In addition to the national accolades, McGinness earned Academic All-Big Ten Awards on three occasions.

At the high school ranks, McGinness amassed a dominant record of 172-0 with four state titles while competing for Iowa City to be inducted into the Iowa Wrestling Hall of Fame in 2006. While in high school, McGinness also won Junior and Cadet National titles and was named to the 1993 Wrestling USA’s Dream Team at 130 pounds following his senior year.

McGinness is married to Jami and the couple share three children, Gavin, Aiden and Addison.