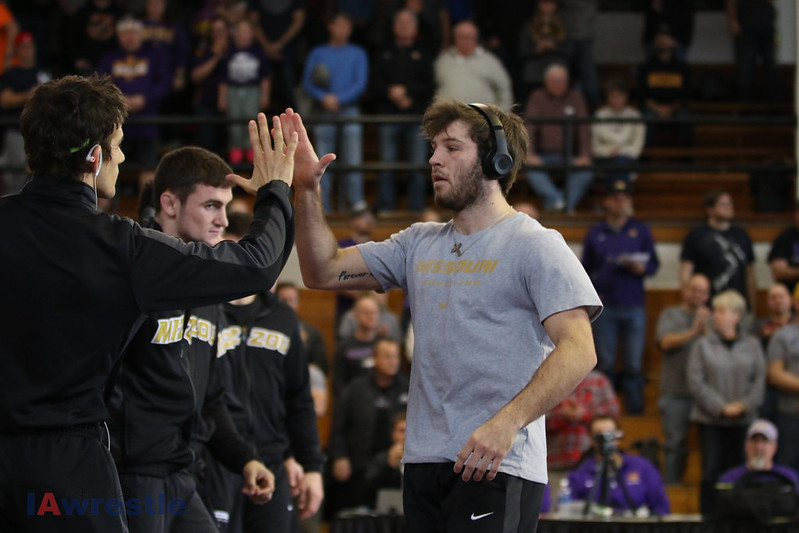 From the notable news department: Jaydin Eierman has been entered into the University of Iowa’s student directory. The three-time NCAA All-American announced his intent to transfer to the Hawkeye program back in November and has been a source of speculation about whether or not he would compete for the team at 141 pounds this season.

On Wednesday night this was a topic of discussion while recording the Potentially Dangerous podcast, but the idea of Eierman wrestling in the Iowa lineup this season seemed irrelevant since he was not even enrolled at the University. That fact has now changed. As of today the University of Iowa’s student directory now has a student listing for one Jayden S. Eierman.

The timing does not seem coincidental, with the team scheduled to face the #3 ranked Penn State Nittany Lions tonight in Carver-Hawkeye Arena. Aside from being one of the most-hyped duals leading into the season, both teams have delivered thus far, and appear to be the chief title contenders come March.

The Lions currently support the nation’s #2 ranked wrestler at 141 pounds, Nick Lee. In their only career meeting, Eierman won by major decision against Lee, 12-4 at the 2018 NCAA championships.

A lot of the speculation for whether or not Iowa will utilize Eierman this season is self-driven, as Eierman has laid out a couple of cryptic social media posts, but none more provoking than when he tweeted “1,2,3?” in response to FloWrestling’s question regarding whether or not Iowa had the most dangerous 1-2 punch in college wrestling.

The Hawkeyes current starter at 141 pounds is sophomore Max Murin, who missed last week’s Ohio State dual due to an undisclosed injury according to head coach Tom Brands. The head Hawkeye also ruled his starter out for this week’s contest against Penn State earlier at Iowa’s weekly media availability. Murin also missed the start of the season for injury.

Should Eierman take the mat for Iowa it could potentially be a two-fold benefit for the team and Eierman’s Olympic chances. Despite Murin carrying a top ten ranking, Eierman would solidify this weight moving forward and enter the conversation of being a title contender.

The other benefit for Eierman is tied to the reason Eierman took an Olympic redshirt to begin with. All along Eierman has expressed an interest in looking to increase his chances of making USA’s 2020 Olympic team and making Senior level teams in the coming years. After falling short of a top-five finish at December’s Senior Nationals, Eierman has yet to qualify for the Olympic Trials. If Eierman were to win the NCAA tournament he would then qualify for the Olympic Trials in April.