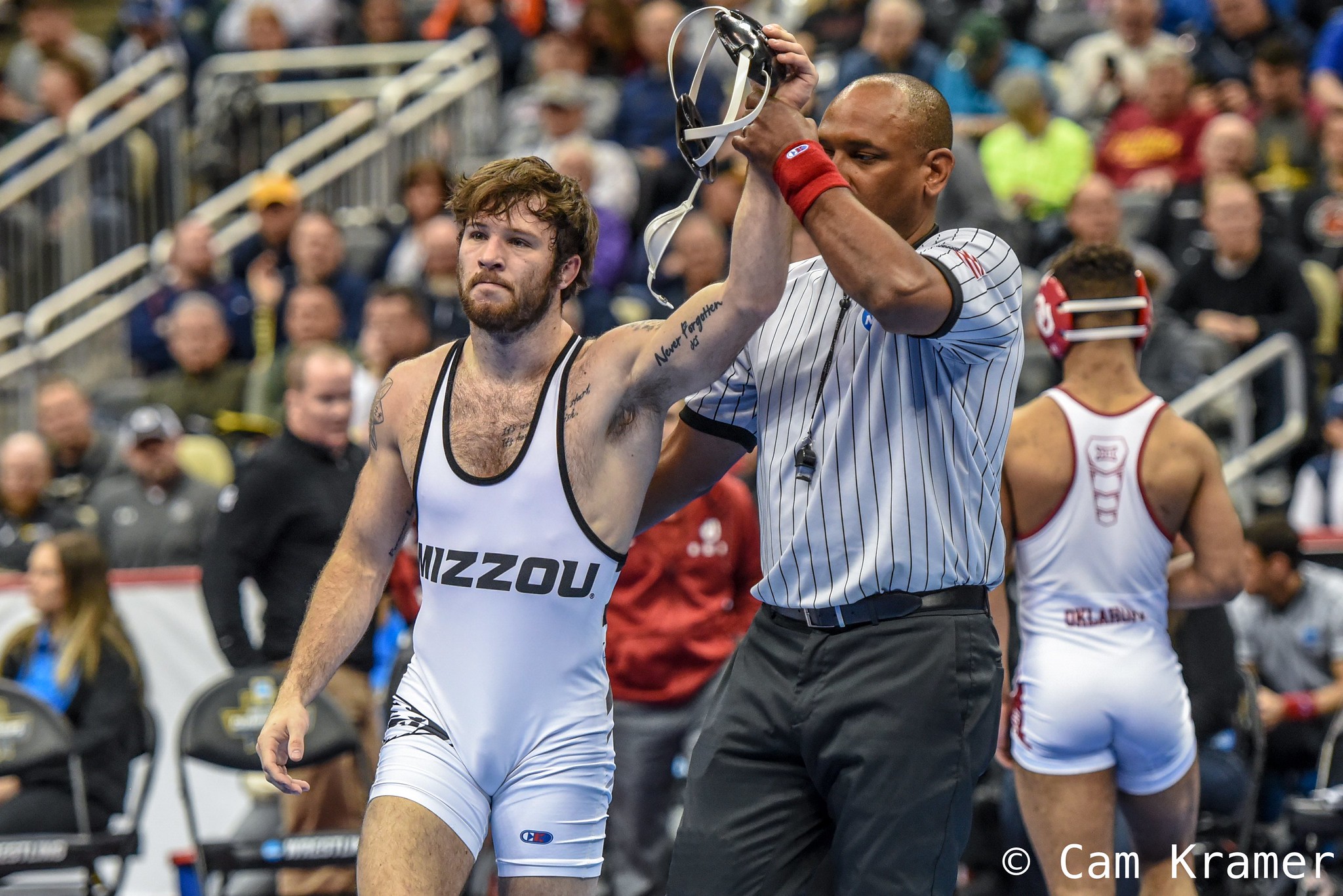 Three-time Missouri All-American Jaydin Eierman will be transferring to the Iowa Hawkeyes to finish out his career. News broke on Wednesday afternoon that the former Tiger wrestler had entered the NCAA’s transfer portal and was looking for a new home. Later that day Eierman recorded a podcast with Flowrestling’s Mark Bader stating he knew where he was heading. The breaking news come to us via our own Tony Hager.

Eierman was recruited by the Hawkeyes in high school, but the Missouri native opted to stay in state and wrestle for coach Brian Smith. While in a Tiger singlet Eierman earned All-American honors on three separate occasions and has never placed lower than fifth. He is coming off his highest finishing performance in 2019 where he took third at 141 pounds.

In addition to competing for the Tigers, Eierman is also an accomplished freestyle wrestler for Team USA competing at 65 kg. Last fall Eierman represented the U.S. at 65 kg at the U23 tournament. Because of that Eierman qualified for an Olympic redshirt, which he is using this season while he trains to potentially make an Olympic team.

This move to Iowa is likely fueled by a motivation to both end his career with an NCAA team title and position himself to transition into Iowa City’s Regional Training Center, the Hawkeye Wrestling Club after he graduates. In addition to competing at U23 World’s in 2018, Eierman also represented the Stars and Stripes at this past summer’s Pan American Games where he was the 65 kg bronze medalist.

In his initial interview with Flowrestling Eierman mentioned the possibility of wrestling either 141 or 149 for the 2020-21 season. That could mean he could slot in behind Iowa’s senior 149-pound starter Pat Lugo, or he could join the fray at 141 where Iowa figures to have several names competing for that starting spot.

Current 141 pound wrestlers for Iowa include 2019 starter Max Murin, former Iowa four-time state champion Carter Happel, and Ohio prep Justin Stickley. By time the 2020-21 season rolls around many are also expecting that All-American Austin DeSanto will also make the jump to 141, which would allow Gavin Teasdale into the lineup at 133 – though DeSanto does have the ability to redshirt in what would be his senior season.

The addition of Eierman has significant impact on Iowa’s 2021 title chances as it gives them another bona fide All-American in their lineup regardless of where he lands in terms of weight class. The Hawkeyes are expected to be among the main contenders in the 2020 race along with Penn State, but the addition of Eierman will increase their chances of threatening 2021.

Ross Bartachek and Lars Underbakke disucssed the possability of Eierman to Iowa on this week’s Potentially Dangerous podcast (34:45 mark)

One thought on “Jaydin Eierman Transferring to Iowa”