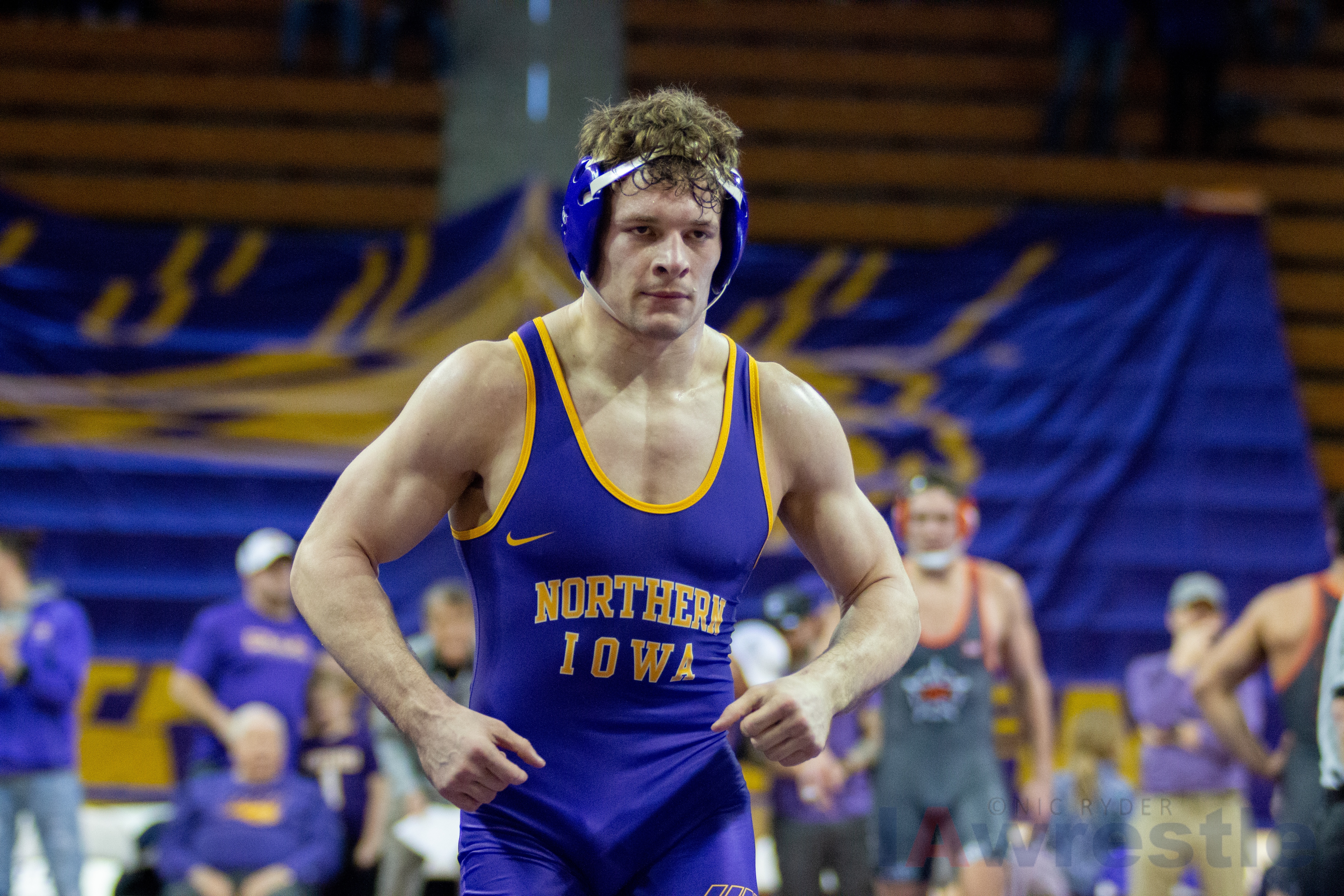 The Panthers’ schedule is a little odd for this time of year, as they have just the single dual this weekend with nothing scheduled next week. The week off should help heal any lingering injuries hanging around the squad, and then they’ll have three duals three duals in just seven days: hosing West Virginia on Senior Night February 14th, then going to Iowa State February 16th and Wisconsin on February 20th.

Previewing the dual itself there are only a couple of ranked matchups scheduled with the first coming at 141 pounds. #20 Michael Blockhus took a loss to #5 Dom Demas this season at the Cliff Keen Las Vegas but has bounced back a bit; he’s on a six match winning streak and has only one dual loss on the season. This match could be for a first place seed at the Big 12 tournament, as a win would vault Blockhus over Fresno State’s DJ Lloren, who is the only other Big 12 wrestler currently in the 141 pound rankings.

The only other ranked matchup scheduled comes when #5 Bryce Steiert steps on the mat at 174 pounds. His opponent, Anthony Mantanona, comes in ranked 18th as a sophomore and is 15-4 on the year. Mantanona was the US representative at the 2018 Pan-Am Championship in 2018 at took home gold in freestyle at 79 kilos and then bronze in Greco-Roman at 77 kg’s, so he should have the strength to match Steiert.

Two other matches to keep an eye on are at 133 and 157. Jack Skudlarczyk and Keaton Geerts both scored big upsets last Saturday to help propel the Panthers to their upset over Oklahoma State but they arguably go up against tougher wrestlers Saturday in #14 Anthony Madrigal and #19 Justin Thomas. Wins on Saturday, for either wrestler, would probably mean an outside shot and being ranked for the first time this season.

Overall the dual will be another good test for UNI and whether or not they can keep the energy up after their big win at home last weekend.Since they dropped the dual against South Dakota State, UNI’s been able to bounce back with four convincing wins and is right in the race for the Big 12 dual title, but would be all but eliminated with another loss.

The dual can be seen on Fox Sports Oklahoma – and I’m trying to figure out an easy way to actually get that streamed. When that happens I’ll post the info here and on my Twitter feed. I’ll have live results posted during the dual as well.