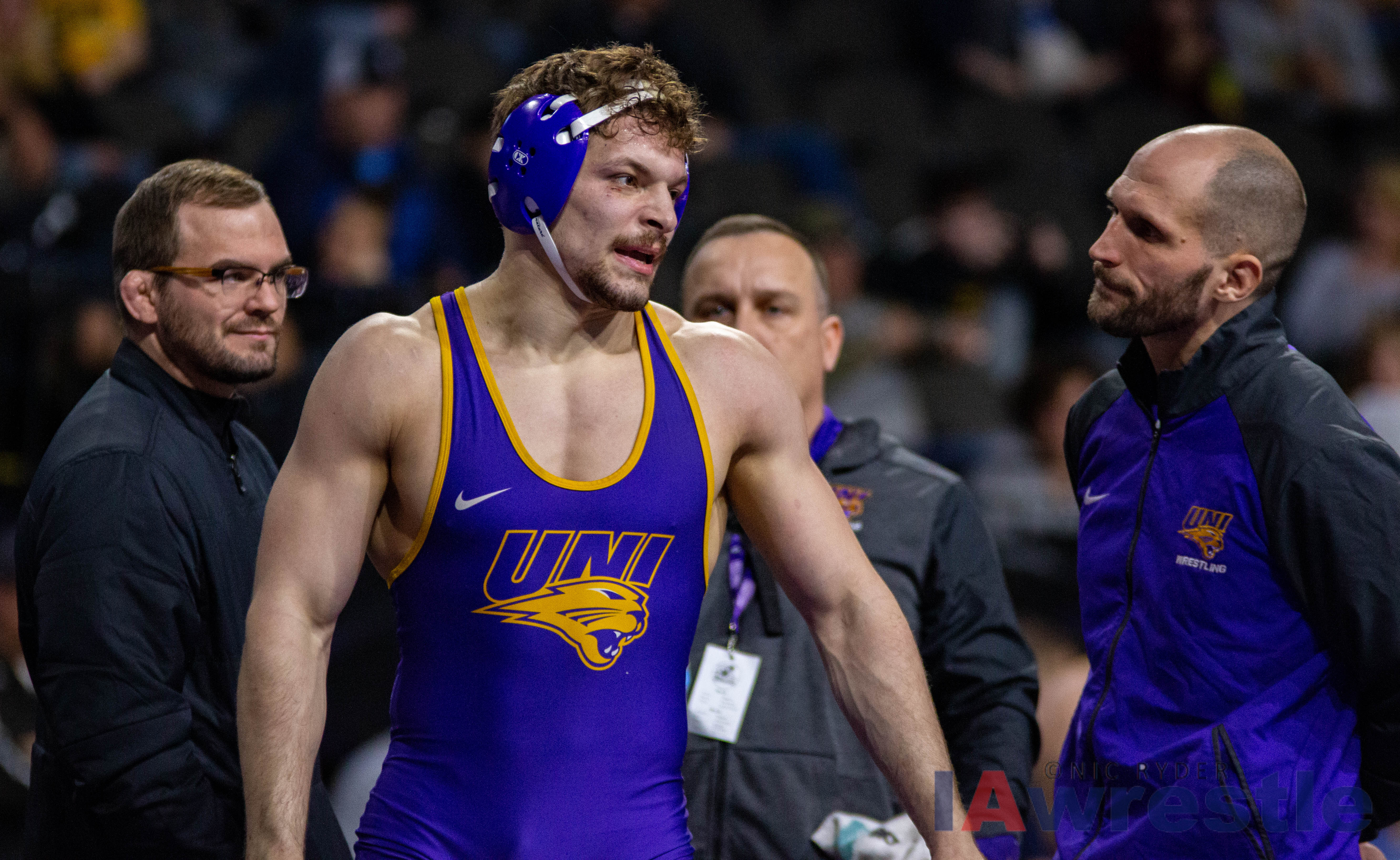 The Jackrabbits of South Dakota State picked up only their sixth win against UNI in the two teams history. SDSU won six matches, two by pinfall, on their way to a 25 to 13 win over Northern Iowa.

Taylor Lujan earned his 100th win for the Panthers in his senior season. He won 10-3 over #17 Zach Carlson in a match that wasn’t as close as the score suggests.

Michael Blockus got the first win for the Panthers, pulling out a 7-5 win against Clay Carlson 4-2 going to the third period but scored a pair of takedowns and rode Carlson out to erase riding time.

Carter Isley closed things out with a win in sudden victory. After a couple of shots went nowhere for both men, Isley drove through with a single leg and doubled it off for a 3-1 win eight seconds in to the extra period.

UNI will next be in action on Sunday at 2 PM, when they take on the Missouri Tigers.