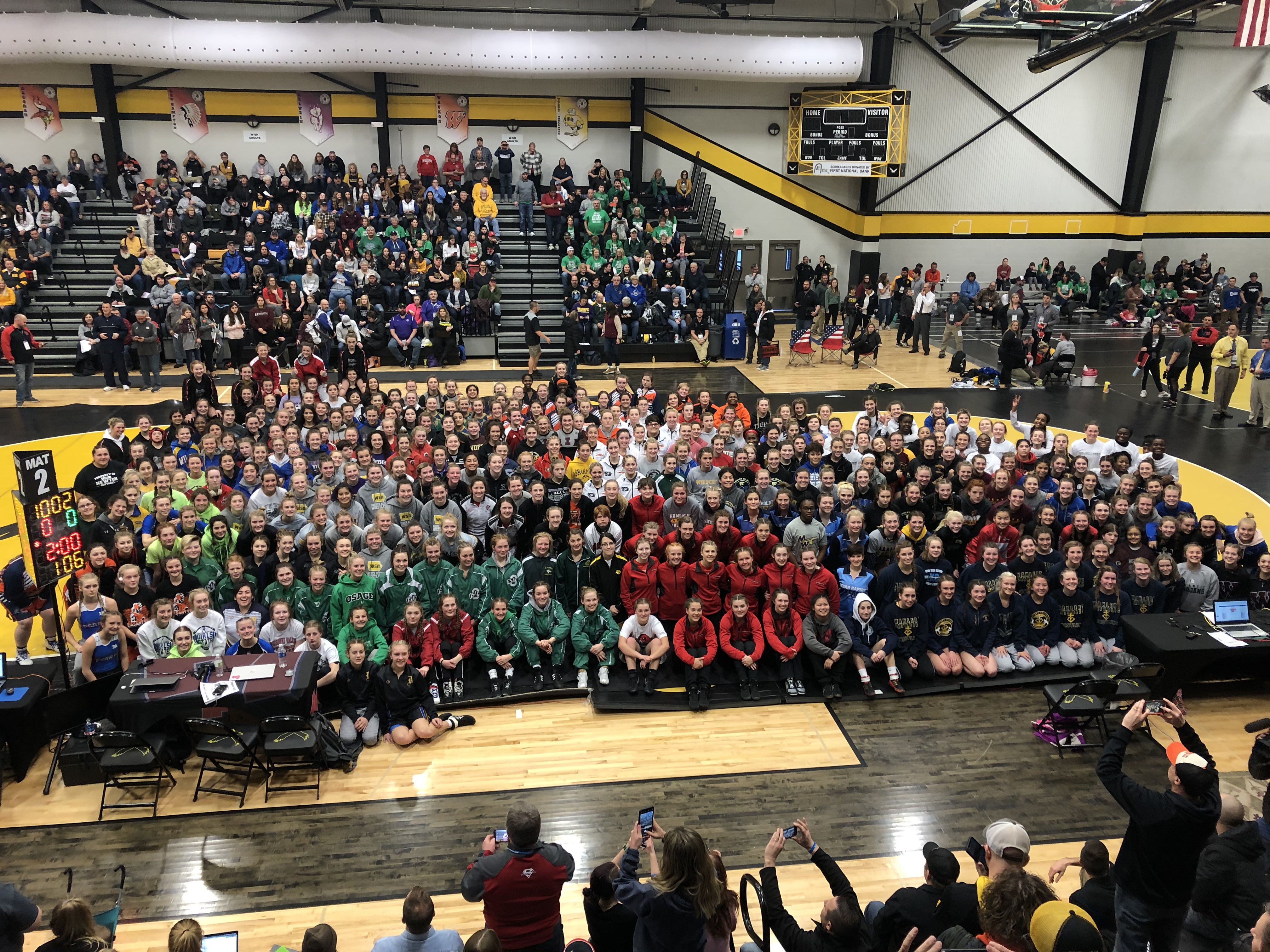 I’ve finally had a little bit of time to sit back and reflect on the 2020 IWCOA Girls State Tournament and what an incredible weekend it was. To see over 350 girls from Iowa competing together was an amazing site and the support from the crowd was great as well. The atmosphere in Waverly was electric and it’s almost a throwback to the boys tournament being in Vet’s Auditorium with the teammates and fans being matside and how loud it makes it. I just wanted to jot down a few thoughts and memories that made it another special event for me.