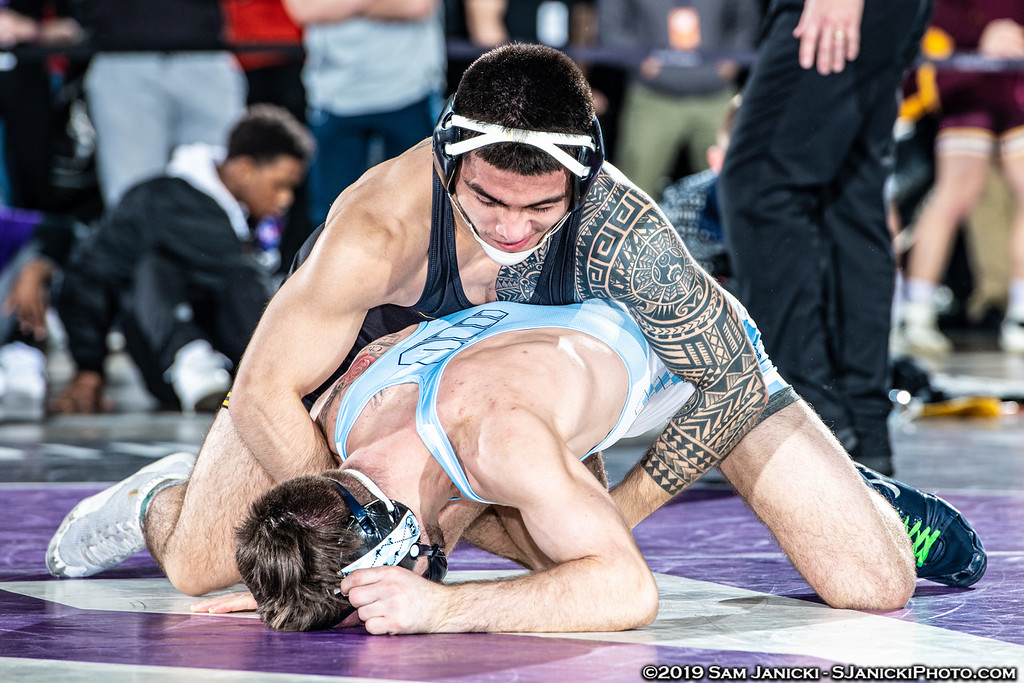 It’s 2020, which can only mean the heart of the dual season is now upon us. After a record setting performance at the Midlands to close out 2019, the Iowa Hawkeyes will take to the road with two pit stops in the state of Indiana. First up will be a meeting between Indiana University on Friday night followed by a Sunday showdown with a rising Purdue program.

The Hawks broke the Midlands record for most team points scored (a record the team already held) with a final tally of 196.5 thanks in large part to coming home with half of the individual first place trophies. The team put two other wrestlers into the finals (though Abe Assad competed unattached) and ended with 12 medalists total. The other takeaway was this performance came despite the fact that two-time All-American Michael Kemerer did not compete and Spencer Lee withdrew after reaching the 125 pound semifinals.

In their first dual of the weekend the Hawkeyes will take on a Hoosier squad that will be competing in just their second dual of the season. In their 2019 debut Indiana fell 26-12 to the North Dakota State Bison squad at home. The strength of Indiana’s lineup is the lightweights though 125’s Brock Hudkins is the only wrestler that is currently ranked, though his status is in doubt after suffering an injury at Midlands. The team’s 149 starter Graham Rooks went 2-2 at the Midlands, with one of those wins being an upset over former top ten ranked Yahya Thomas of Northwestern.

The biggest two matches coming into the dual will be the 174 and 197-pound battles, both being top five matchups. After sitting out of the Midlands, this weekend’s test against Dylan Lydy will be Kemerer’s toughest to date. The Purdue wrestler has won tournament titles at Las Vegas’s Cliff Keen Invitational to go along with his Midlands crown.

The other big match to circle is the rubber match meeting between Warner and Christian Brunner. After losing 10-6 to Brunner as a true freshman, Warner took the second match in the series by blanking Brunner at last year’s Big Ten tournament, 6-0. Currently Brunner occupies the #2 spot in the national rankings, which was where Warner was slotted prior to the Midlands.

There should be several other standout matches to watch for in the Purdue dual, most notably in the middle of the lineup. At 157 pounds we will see a Midlands semifinals rematch between Kaleb Young and Kendall Coleman with both wrestlers carrying a top ten ranking. Young won his match against Coleman in dramatic fashion, pinning Coleman in sudden victory.

The other ranked matchup will be at 149 pounds where Pat Lugo will debut his new #1 ranking against junior Boilermaker Griffin Parriorr. In 2019 Lugo put together as strong of a start to the season as Hawkeye fans could have hoped for as he repeatedly answered the call in all of his ranked matches. Of Lugo’s ten wins this season, six have come over a ranked opponent – including three of those being members of the top ten.