Hawkeyes Pounce Princeton on the Road 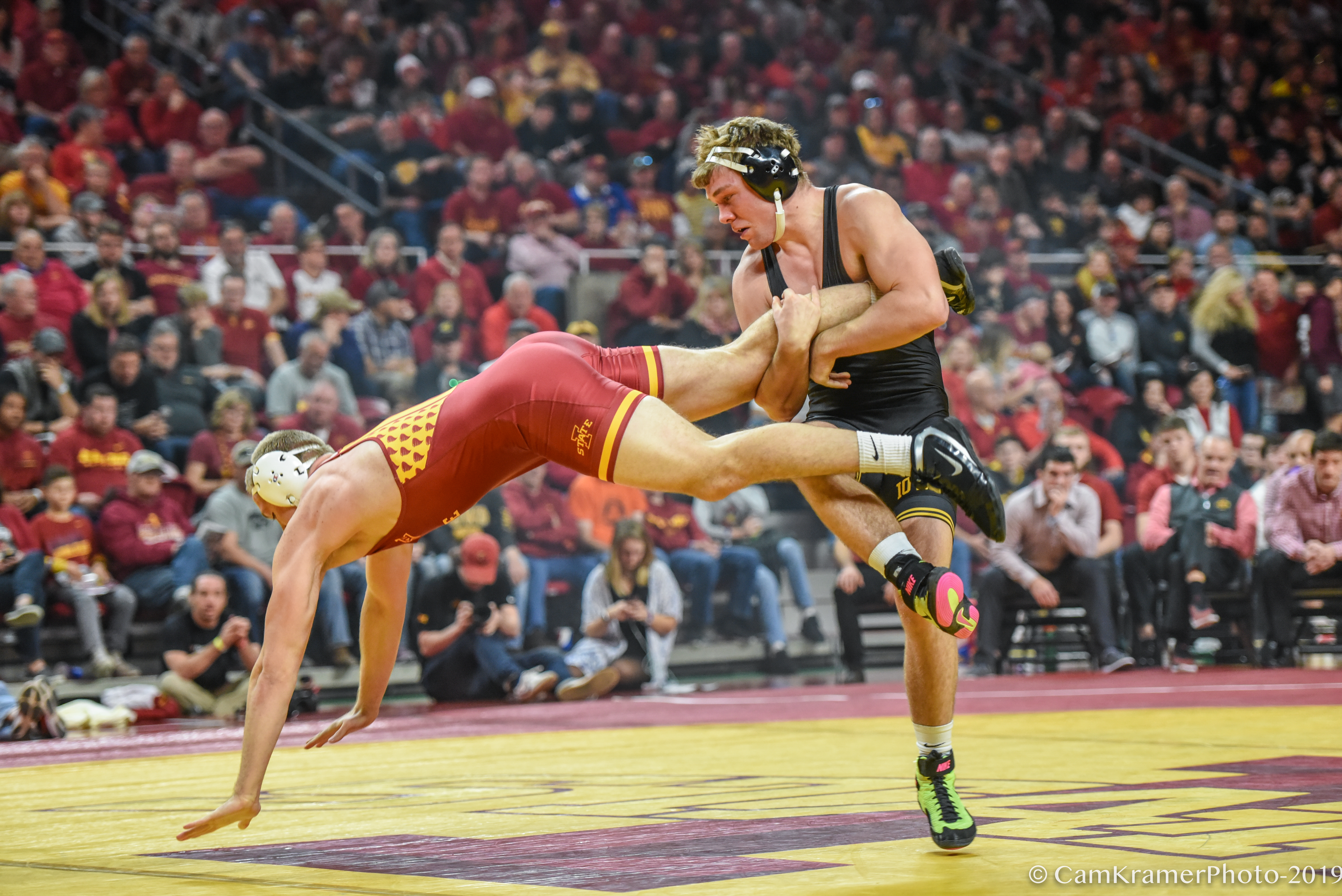 The Hawkeyes notched their third win over a ranked opponent on Sunday picking up a 30-9 dual victory against #11 ranked Princeton. Iowa now improves to 4-0 on the season in what was their final competition prior to the holiday break.

The Hawkeyes were without their star wrestler, two-time NCAA champion Spencer Lee, who didn’t travel with the team to New Jersey. It is widely assumed that the Hawkeye junior is preparing to compete in Texas at USA Wrestling’s Senior Men’s Nationals where he will attempt to secure his spot at the 2020 Olympic Team Trials.

In his stead coach Tom Brands went with freshman Aaron Cashman, who was tasked with taking on Princeton’s #4 ranked Pat Glory. On Friday Princeton dualed Oklahoma State in Stillwatter, Oklahoma where the aforementioned Glory picked up a huge 9-4 upset.

In their match Glory was very active, but didn’t manage to get on the board until the final seconds of the first period. In the second Cashman caught Glory for a quick reversal, but after an escape Glory was able to retake control with another takedown. The two exchanged reversals in the third period. Glory earned an additional two points for stalling on Cashman for the 10-4 final score.

Getting Iowa into the win column was junior Austin DeSanto who rolled to a 25-10 victory against Sean Pierson at 133 pounds. Unsurprisingly, DeSanto racked up points early in the first period by taking down Pierson seven times to go out front 14-6. DeSanto continued his relentless takedown barrage to finish with the technical fall.

At 141 pounds Max Murin controlled the entire match against his opponent Marshall Keller. The Hawkeye scored three takedowns in the first two periods to lead 6-2. In the third he picked up an escape, a stalling point against Keller, followed by another takedown. After riding time was tacked on Murin moved into bonus territory and finished with a 12-2 win.

Coming into the dual the two teams had two weights where top five wrestlers were slated to meet, with the first of those meetings occurring at 149 pounds where Pat Lugo faced Mike D’angelo. The two wrestlers only managed to score escapes in regulation and then had a scoreless sudden victory which setup the tie breaker period.

D’angelo managed a quick escape in the first of the two rideouts, but Lugo managed to score a reversal and rode D’angelo out for the remaining seven seconds for the 3-2 win.

At 157 there was another ranked head-to-head meeting this time between Kaleb Young and Quincy Monday. The Princeton wrestler struck first with a takedown which Young managed to escape from quickly. Young then tied things at 2-2 with an escape early in the second period. The final score in the match was a third period escape for Monday with the final being a 3-2 win for Princeton.

Getting Iowa back into the win column was junior Alex Marinelli where he steamrolled Connor Melbourne at 165 pounds. Needing just two points to finish off a technical fall Marinelli took Melbourne down to his back where he was able to finish his match with a fall, earning an extra team point.

Iowa’s 174-pound wrestler Michael Kemerer was able to follow with a bonus victory of his own, racking up a 19-4 technical fall victory against Kevin Parker.

Coach Brands brought both Cash Wilcke and Nelson Brands to Princeton for the 184-pound starting spot. In the end he opted to go with the younger wrestler in this match with Travis Stefanik. The dual opened with a Stefanik takedown followed by a Brands escape. In the second Stefanik chose down and got an escape, and the two traded takedowns. In the final period Brands had his choice to pick bottom and got out making the match 6-4.

With just under 30 seconds left Brands notched the match tying takedown. Rather than playing it safe and trying to ride out and send the match to overtime Brands released Stefanik, but was unable to score. He fell 7-6.

Brucki pulled back out front with a third period escape, but Warner continued to pursue the match winning score and was rewarded in his efforts by taking Brucki down as time expired to win 5-4.

The dual closed out with freshman Tony Cassioppi picking up a 10-2 major decision over Aiden Conner in a match he completely dominated.

Iowa’s next competition takes place in Evanston, Illinois at the end of December for their annual trek to the Midlands Championships. After that the team will have some more time off before resuming their Big Ten dual schedule taking on Indiana on the road on January 10th.

One thought on “Hawkeyes Pounce Princeton on the Road”