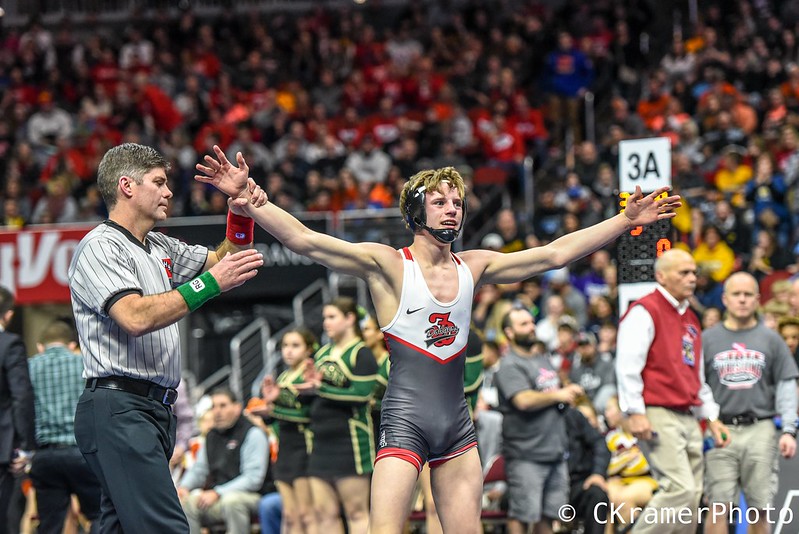 Grand View has landed another of one Iowa top rated wrestlers in the class of 2020. This time Fort Dodge lightweight Carson Taylor has informed IAwrestle that he will wrestle for the NAIA powerhouse. The 2019 state champion projects as a 125 or 133-pound recruit for coach Nick Mithcell.

Entering his senior season Taylor carries several IAwrestle rankings identifying him as one of the state’s top prep wrestlers. In our preseason 3A rankings Taylor is ranked #2 at 126 pounds behind two-time state champion Cullan Schriever. In our (brand new) All-Iowa rankings Taylor is currently slotted #3 at 126 pounds, and he is also ranked #28 in the entire state of Iowa according to our Fab 50.