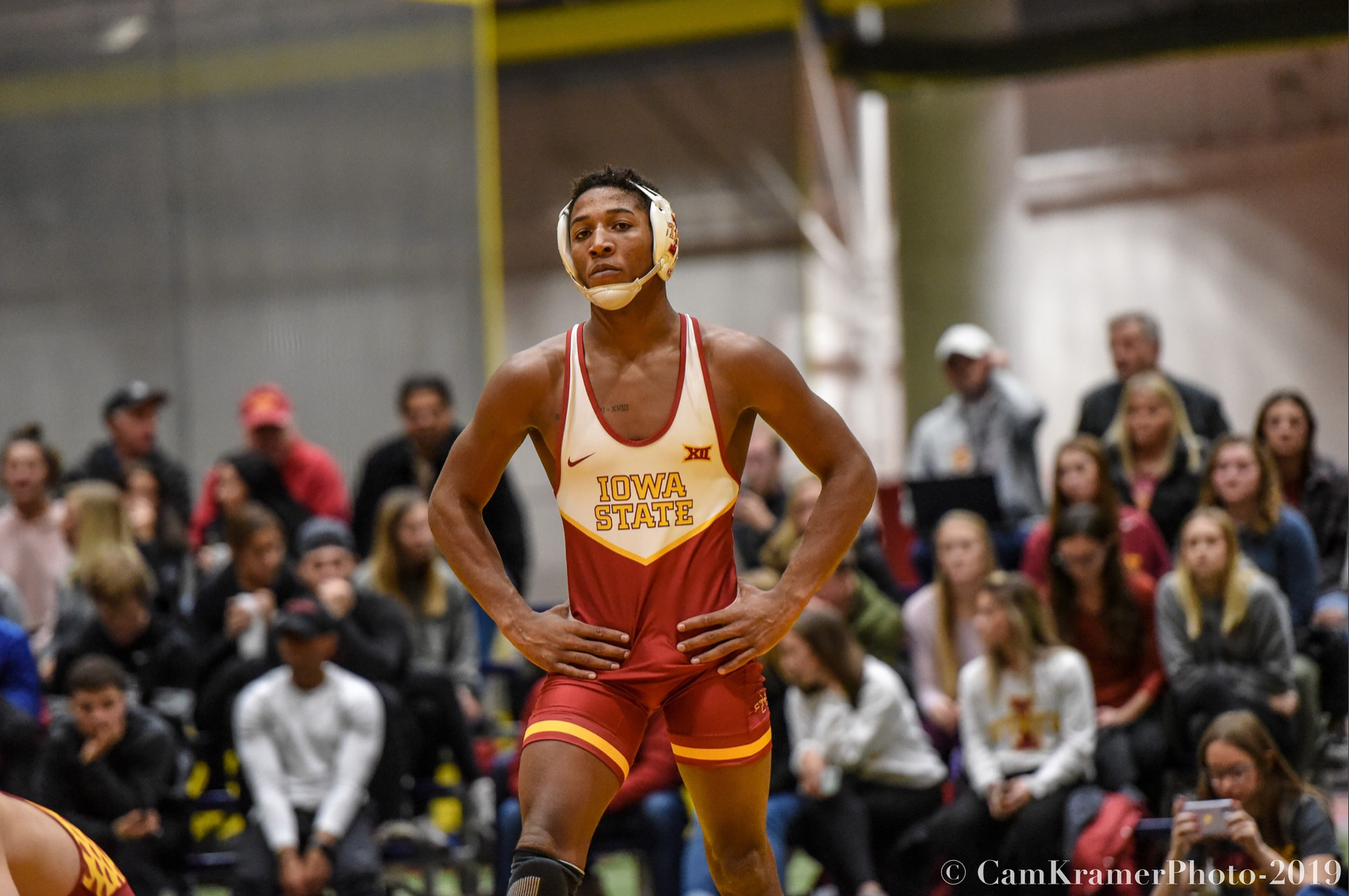 The start of Iowa State’s dual season is upon us…finally. After taking only one qualifier to Nationals in ‘18; Kevin Dresser took nine of ten wrestlers to Pittsburgh last March. This season the Cyclones look to take all ten, and improve on their two All Americans. The lone returning All American is, #7 Jarrett Degen.

EIWA conferences, Bucknell Bison is Iowa State’s first test of the year. The Bison had two wrestlers qualify for Nationals last march, Zach Hartman (157) and Drew Phipps (197). #17 Drew Phipps (197) and #16 Garrett Hoffman (285) are the only two currently ranked wrestlers for Bucknell. Zach Hartman (157) dropped out in the latest set of rankings. It does look like Hartman will be at 165 pounds on Sunday after wrestling there against NIU.

Alex Mackall went tech fall, decision, tech fall en route to winning a Cyclone Open title last weekend at 125 pounds. With a 19-4 tech fall over, then #9, Jay Schwarm in the finals, Alex has earned a #8 ranking in The Open Mat’s latest set released on Tuesday.

We’ll see a new face at 133 pounds. Transfer, Todd Small will make his dual debut for the Cardinal & Gold. He knocked off, Jack Wagner, Drew Bennett, and Colin Valdiviez to capture the crown last Sunday. Small was a two time NJCAA National champion for Iowa Central at 125 pounds in 2017, and 133 pounds in 2018. He compiled a 14-4 record wrestling unattached in Open tournaments a year ago, winning a UNI Open title.

We didn’t get a look at Ian Parker at the Cyclone Open. We did however see him beat teammate Austin Gomez by a score of 4-0 to remain the starter at 141 pounds. Parker rode Gomez the entire second period in the wrestle-off; which spurred this comment about Ian from Kevin Dresser after the match, “He’s one of the best guys on top in the nation. Old School bar you up, and ride you hard. That was the difference in the match.”

The 149 pound finals match at the Cyclone Open was packed with action, but Jarrett Degen ended up in second place. Jarrett is just getting back to full swing after extended time off after surgery. Kevin Dresser had this to say post Cyclone Open, “ He’s just now getting back on the mat, but he’s such a goofball, the best way to get him in shape is to wrestle him. We all have to endure a little pain in his wrestling antics at first. We’ll clean it up as the year goes on, but one thing I’ve never worried about is Jarrett Degen when it counts at the end of the year.”

Much like last years eagerly awaited debut of Austin Gomez, it’s David Carr’s turn this Sunday. The stamp on Iowa State left by David’s father, Nate Carr, is one Cyclone fans relish in. Only mounting the anticipation for one o’clock Sunday afternoon to get here. Every Cyclone fan on earth will be paying attention when #10 David Carr takes the mat. Pressure doesn’t seem to bother David; I mean he’s wrestled on some of the worlds biggest stages and won.

Making his dual debut at 165 pounds will be, Chase Straw. It will be interesting to see how the adjustment in weight affects the reigning Big 12 champion at 157 pounds, if at all. Simply said, he just wins matches. Chase uses very stingy defense, and couples that with opportunistic leg attacks to get the job done.

Marcus Coleman is set to have a big year. He reached the finals of the Cyclone Open as well. He had his ups and downs in his first year In the lineup, but through all that qualified for Nationals. When asked about Iowa State’s quick rise the last three years he said, “I think it’s the mentality in the room honestly. Just being tough, staying gritty, and staying in the fight. Philosophy off the mat is, you’ve got to live the right lifestyle too.”

Sam Colbray reached the finals at 184 pounds last weekend. He suffered a two point setback to Taylor Lujan. This was vast improvement from last year according to Kevin Dresser, “If you look at Sam Colbray last year this same weekend versus now, you’re like wow, totally different guy. So we made a lot of progress from last year to this year.”

At 197 pounds, true freshman Joel Shapiro gets thrown into the fray right out of the gate when he meets up with, Drew Phipps. Joel took third in the 197 pound, open division, edging teammate Francis Duggan to earn his spot in the lineup.

The marquee matchup of the afternoon would be at 285 pounds. A top twenty clash between #18 Gannon Gremmel and #16 Garrett Hoffman is just what Hilton goers love to see. It doesn’t appear Hoffman is healthy. Nate Feyrer was in the lineup Friday night versus NIU. Gannon was a Nationals qualifier a year ago, and will be looking to be on the medal stand in US Bank Stadium. At media day, Kevin Dresser, talked about seeing more consistency in the room from Gremmel this year.

We will learn a bit about guys and their weight management Sunday with the one hour prior weigh in. One thing is for sure, Hilton will be raucous with a big Cyclone win.