Questions answered for Iowa State and UNI at Cyclone Open 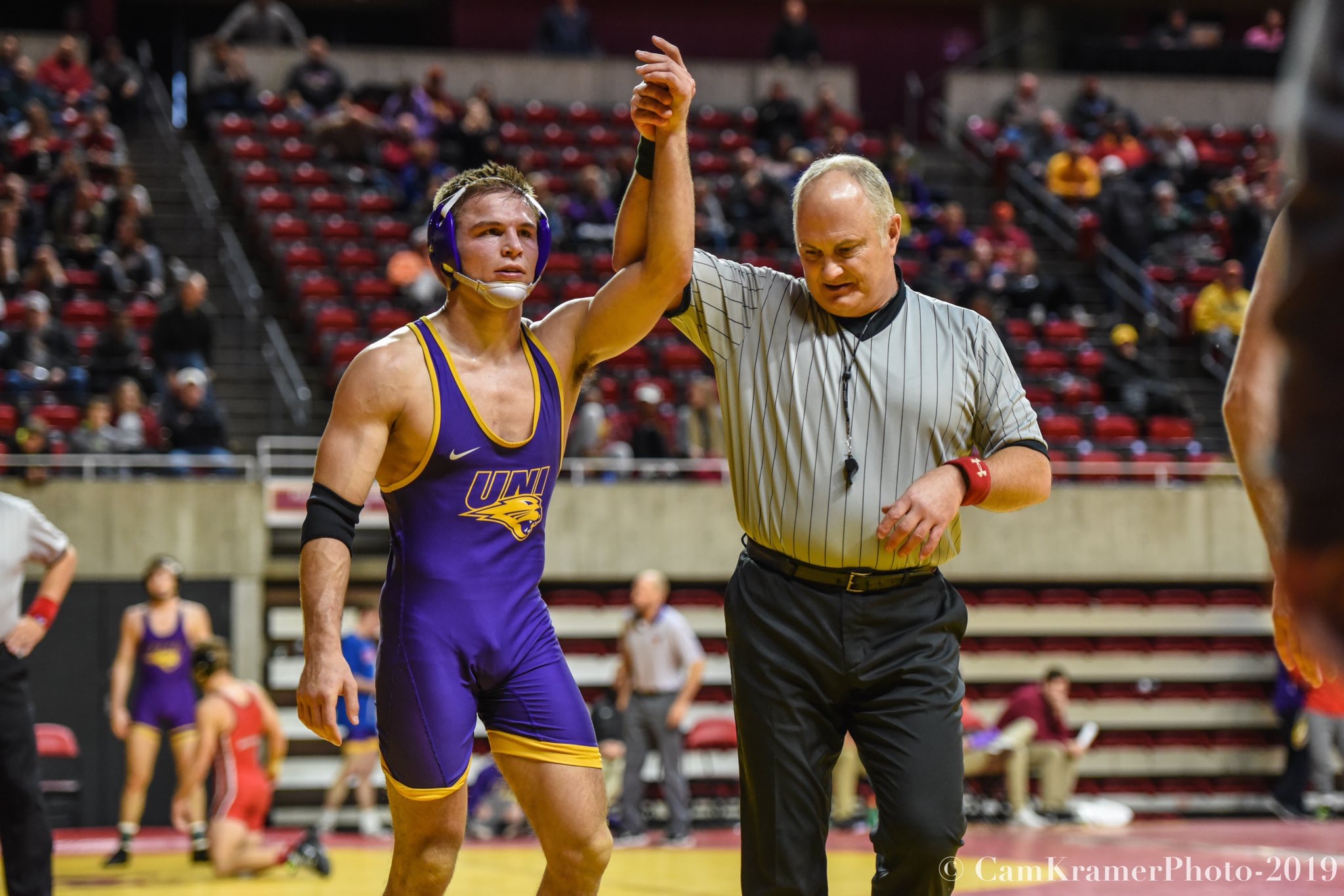 For all those wondering about the late scratches for Iowa State, don’t be alarmed it’s nothing severe. Austin Gomez suffered a mild concussion Thursday, so there’s that. Ian Parker, and David Carr have minor nagging injuries that sidelined them. Kevin Dresser told us afterwards the latter two are at 95%, but not worth further damage at the outset of the season.

Alex Mackall cemented himself at the 125 slot for the Cyclones. An opening round tech fall, 3-1 win over Kyle Biscoglia (UNI) in the semis, and a convincing 19-4 tech fall over #9 Jay Schwarm (UNI) in the finals. Mackall used three, four point tilts to seal the deal.

Based on their finish you’d have to bet that Schwarm would get the nod for UNI at 125 after the runner up finish. Kyle Biscoglia ended up in fifth place with a fall in 1:20 in that match.

At 133 pounds for the Cyclones Todd Small distanced himself after taking the bracket. He had wins over Jack Wagner (UNI) 8-3, and Drew Bennett (UNI) 6-1, and took the finals match over Colin Valdiviez (NW) 6-4. Keep in mind Austin Gomez is on his way down.

Jack Skudlarczyk taking a 7-3 decision over Ramazan Attasauov (ISU) for third seems to have him grabbing ahold of 133 pounds for the Panthers. Drew Bennett finished in sixth place. Based off common opponent, Shea Ruffridge (GV), the nod goes to Jack since he won a 9-7 match with Shea, and Drew lost the fifth place match to Ruffridge 6-2.

Due to earlier named injuries for Iowa State they had no entries in the 141 pound open division.

It was an all Panthers final at 141 pounds. Michael Blockhus earned the 5-3 decision over Triston Lara. Looks to be Blockhus for UNI for the time being. Side note: It was great to see Cayd Lara at the open today.; he’s been battling a long illness.

We were all treated to an early top ten showdown at 149 pounds. #9 Max Thomsen took a 12-7 win over #4 Jarrett Degen. The match had scrambles, reversals, and back points. Thomsen, wrestled free as his coach said later.

Pat Schoenfelder was the lone Panther at 165 open division. He took fifth place with a 9-1 major decision over Taylan Entriken (ISU). Schoenfelder should man the spot at Northwestern next weekend.

A top twenty slugfest took place in the 174 pound finals match. #7 Bryce Steiert worked a 6-0 decision over #17 Marcus Coleman. Steiert had takedowns in the first and third periods to go with an escape in the second. Riding time made the 6-0 score. Coleman got in on Steiert several times, but was unable to finish.

At 184 pounds it was #7 Taylor Lujan securing the 7-5 win over #6 Sam Colbray. Lujan used a takedown with :41 left to gut out the win. The second, and final, top ten matchup of the day.

Joel Shapiro beat Francis Duggan for third by a score of 3-1. The red shirt freshman will man 197 pounds for the Cyclones.

Tyrell Gordon, who’s red shirting this season, finished in second place at the Cyclone Open. Tyree Sutton of Grandview was your champion at 197 pounds, 3-1.

Gannon Gremmel avenged a loss from last year in the finals at 285 pounds. #19 Gremmel won over Carter Isley 3-1. A takedown in the first was the difference maker.