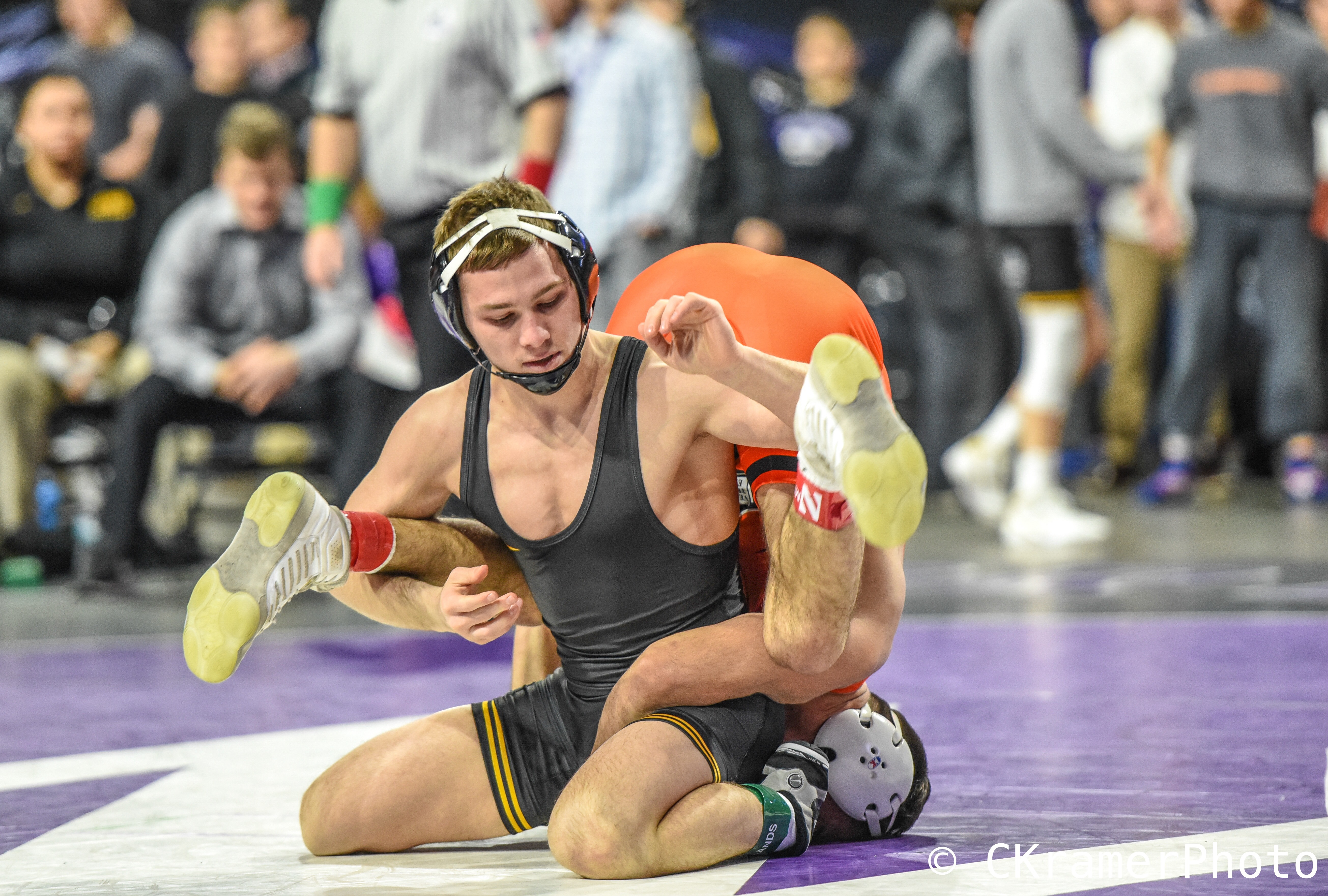 This season figures to be a special one in Iowa City. The University of Iowa’s wrestling team is widely viewed as being one of the sport’s biggest title threats and enter this season ranked second behind the Nittany Lions of Penn State. A big reason for Iowa’s title hopes come from the surge of energy at 125 pounds that is Spencer Lee, who has already won two NCAA titles and will look for his third in 2020.

The 2020 year is also significant for those who follow the freestyle scene with the 2020 Olympic Games taking place in Tokyo, Japan this coming summer. Not only is Lee one of the essential cogs in the Hawkeyes’ lineup, but as a three-time Cadet and Junior World champion he is also considered to be one of the biggest contenders to represent the U.S. at 57 kg in Tokyo.

The road to representing the USA at the Olympics will be far from easy for the Hawkeye junior. Most importantly Lee needs to accomplish the first step in qualifying for Team USA’s Olympic Trials, which will be held in Pennsylvania this coming April. There are a number of qualifying events that Lee could participate in to earn his qualification spot, but the most obvious ways Lee could qualify are by being the highest finishing American at the Bill Farrell, placing top five at the Olympic Trials qualifier, winning the NCAA tournament, or winning the Last Chance Olympic Trials qualifier tournament.

What is significant is almost all of the qualifying events for the Trials overlap with the NCAA seasons – the lone exception being the last chance qualifier which will be held in the stretch of time between the NCAA tournament and the Trials. Head coach Tom Brands stated that Lee will be competing in the international style to qualify for the Trials, which means we know Lee won’t be putting all of his chips in the “winning the NCAAs” basket.

The first leg in the qualifying events is the Bill Farrell, which will take place in mid-November. The event wraps up the day before Iowa is set to open their home slate against against Tennessee-Chattanooga. The Bill Farrell is an International tournament, which means it is open to more than just domestic competition. Assuming an American did not win the gold, the highest finishing U.S. wrestler would qualify for the Trials.

In the month of December there are three key events for Iowa and USA Wrestling largest qualifying event – their Trials Qualifier held in Texas. Looking at how the schedule plays out the Trials Qualifier could be the least disruptive in terms of Lee missing time. He could theoretically attend both duals, the qualifier, and the Midlands. Lee would need to place top five at the Trials Qualifier to secure his spot in April.

The other kicker would be by attending the Trials qualifier would likely mean Lee would pick up wins against other 57 kg wrestlers in the field, and in turn put him in a better seeding position for the Trials in April. With the top five wrestlers at the qualifier advancing to the Trials it should feature the largest field of wrestlers, which is why this event is the most likely option for Lee as it would accomplish three key goals: 1) qualifying for the Trials, 2) the seeding benefit, 3) least disruptive to Iowa’s NCAA schedule.

Where things get interesting is whether or not Lee plans to take an additional overseas trip this winter to get in a few matches with foreign competition as preparation for if he makes the Olympic Team. This is a tactic we saw former Ohio State wrestler Kyle Snyder employ back in 2016 when he was still competing for the Buckeyes while at the same time preparing himself to win the Olympic gold medal in Brazil.

The kicker is that Iowa has a loaded home schedule this season and a lot of those duals take place in January. Brands didn’t make very many comments regarding what Lee’s schedule will look like other than to say the junior will be “will be heavily involved this year” with the team and that the NCAA season will provide the best preparation for Tokyo.

The big oversea events are the Dogu (Turkey) and Yariguin (Russia). The Dogu is the least disruptive in terms of schedule conflicts. Lee would likely miss the Indiana road trip, but Iowa will be heavily favored in both duals. He would get back in time for Nebraska, but if Lee sat out that dual after heavy travel no one would blame him.

The other big overseas tournament is the Yariguin, but as one can see from the above dates that would directly conflict with Iowa’s home dual vs Ohio State. What’s more Lee would be returning from Russia just before the Penn State dual. Again after overseas travel no one would fault Lee from not immediately jumping back into the lineup. If Brands’s comments about Lee being heavily involved are in reference to the dual schedule the Yariguin is the least likely of the major overseas competitions.

The Paris Grand Prix is another International tournament that the Hawkeye Wrestling Club has traditionally sent their athletes to in both the this and the previous Olympic cycle. While the Paris tournament doesn’t hold the same weight in terms of perceived strength of the field, it would only conflict with the Nebraska dual.

Iowa’s season doesn’t begin for another couple weeks and considering the Farrell is just around the corner the indicator on whether or not Lee will try and qualify for the Trials via the Farrell or if his main plan will be the qualifier in Texas that is held in December.  Lee’s schedule in general will likely be one of the season’s more closely followed stories with Lee playing a pivotal role in Iowa’s lineup and potentially USA’s down the road.