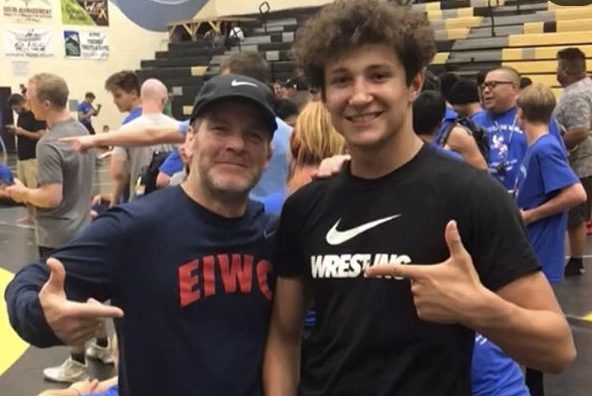 The University of Iowa has picked up another piece to their 2021 recruiting class puzzle as Cam Lucero of Pagosa Springs, Colorado announced his verbal commitment to the program. Lucero made the annoucement last night on his Instagram account

I’m excited to announce that I’m going to continue to wrestle in the black and gold, as a hawk!!!! 🐤🐤🐤

A two-time state finalist in Colorado, Lucero won his first state title in 2019 with a 46-1 season record at 145 pounds. He placed second as a freshman at 132 pounds and boasts several state medals in freestyle and Greco-Roman.

Last month we reported Lucero as being one of the many wrestlers hosted by the Hawkeyes during the October 19th recruiting weekend. Lucero becomes the fourth member of that group to commit to Iowa joining 2021 classmate Wyatt Henson, Super 32 champion Bretli Renya,  and Montana’s Lief Schroeder in the class of 2020.