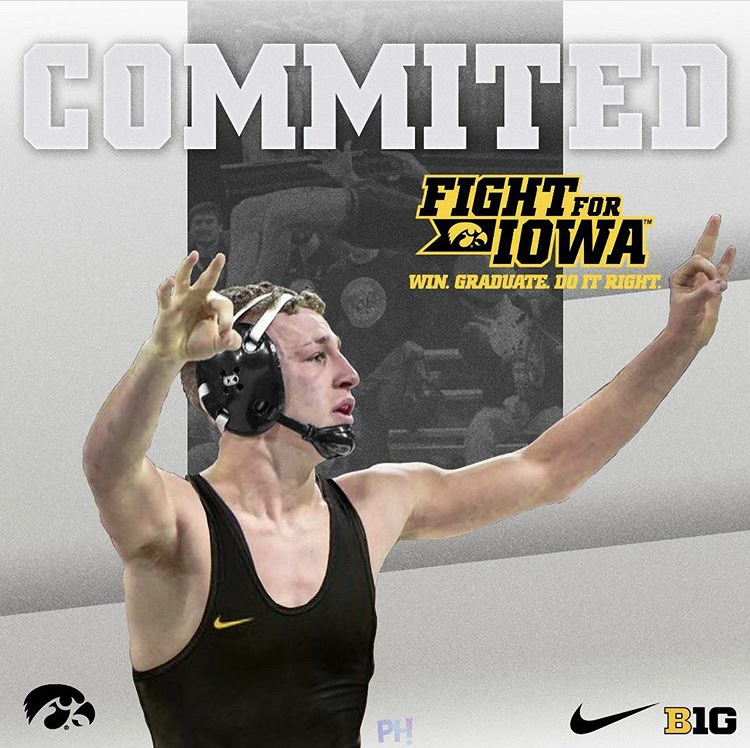 Last weekend the Hawkeyes had a haul of recruits on campus, and Schroeder was one of two wrestlers in the class of 2020 that was not already committed to Iowa. Florida prep and Super 32 champion Bretli Reyna for the uncommitted 2020 wrestlers that were in town for the visit. Schroeder joins Cullan and Colby Schriever, Gabe Christenson, and Patrick Kennedy as members of Iowa’s 2020 class.

This is now the second commitment to come out of that group of wrestlers that visited Iowa last weekend. Class of 2021 prep and Missouri standout Wyatt Henson committed to the program on Sunday.

The University of Iowa has had success tapping into the Montana pipeline in the past. Former alums with ties to Big Sky country include Bill and Mike Zadick who were both accomplished wrestlers during their careers at Iowa and afterwards as members of Team USA’s freestyle national team. Bill is currently the head coach of the men’s freestyle program for USA Wrestling.

Schroeder will project as a middle weight recruit for Iowa, and does bring in some additional accolades outside of the regular season. He is also a freestyle and Greco-Roman state champion, and he was a Cadet Greco-Roman All-American in 2016. This season Schroeder says he will be at either 138 or 145, and plans on being at 149 or 157 in college.