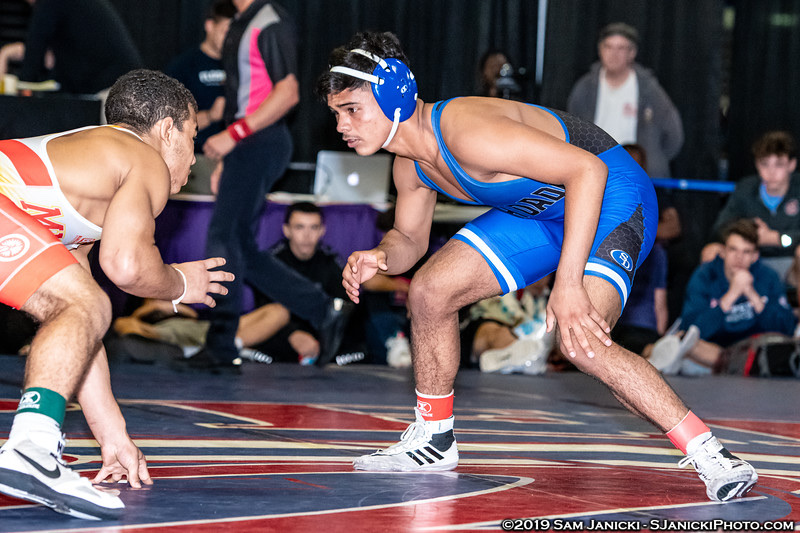 Iowa has added to its class of 2020 this evening as Willie Saylor of Flowrestling is reporting that Florida prep Bretli Reyna has committed to the Hawkeyes. A three-time state champion for South Dade high school, Reyna is a fast rising senior in the class of 2020.

Coming into his senior year Reyna was ranked in the upper-90s of Flowrestling’s Class of 2020 Big Board. After a win at the Grappler Fall Classic and the prestigious Super 32 tournament in North Carolina Reyna has catapulted up the rankings and has landed at #35 in the the latest set released by Flo.

Joining Reyna in the class of 2020 are Iowa preps Cullan and Colby Schriever of Mason City, Southeast Polk standout Gabe Christenson, Patrick Kennedy of Minnesota, Leif Schroeder of Montana, and Jesse Ybarra of Arizona. The Hawkeyes now have five wrestlers in Flo’s top 200 – which currently slots the class at #5 overall according to Saylor at Flo.

Renya was on campus a couple weekends ago back when Iowa hosted 12 recruits from the classes of 2020 and 2021. He becomes the third wrestler from that group to commit after visiting joining Missouri’s Wyatt Henson (’21) and Schroeder.

Reyna will continue a South Dade pipeline to Iowa as current Hawkeye All-American and 149-pound starter Pat Lugo also hails from South Dade, Florida. Like his fellow Floridian, Reyna projects at 149 pounds for when he gets to Iowa.