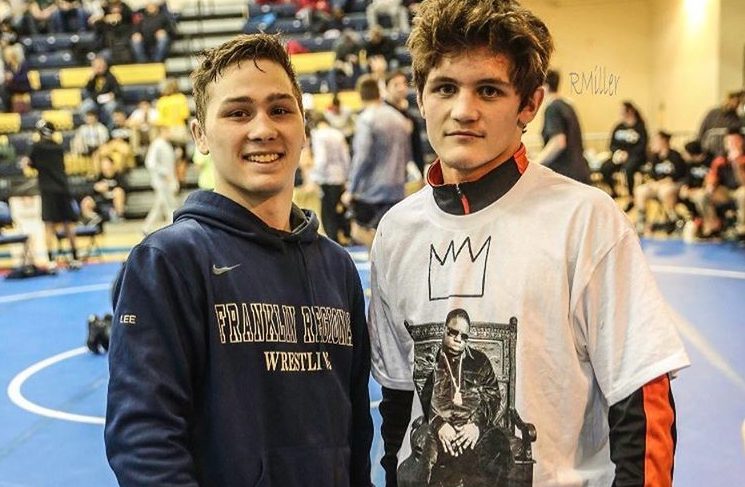 Big news in Iowa City, as PA Power Wrestling has reported that former top recruit in the class of 2019, Gavin Teasdale will be transferring to Iowa. The Pennsylvania based media outlet featured Teasdale on a recent episode of their podcast talking bout the wrestlers decision to join the team. According to the interview Teasdale would like to enroll at Iowa this coming season.

A standout wrestler from Jefferson-Morgan high school in Pennsylvania, Teasdale will join the program after spending part of this season at Penn State.

“I have been out in Iowa training for the last three months. I have been going in and wrestling and this is where I need to be.” -Teasdale on the PA Power Podcast.

This is a re-union of sorts between the wrestler and the University of Iowa as Teasdale originally committed to the Hawkeyes as a sophomore, announcing his verbal just moments after current Hawkeye wrestler Spencer Lee. Later, Teasdale would rescind his verbal commitment, and switched it to rival Penn State less than a year after making his initial announcement.

“I think the main reason I looked at (Penn State) in the first place was its close, it family, its an atmosphere you know. The atmosphere that can make you the most comfortable can be your biggest enemy.” Teasdale said of his decision to leave PSU, “I need a hands on type of coach that’s there for you through the thick and thin, and that cares about you not just on the mat but cares about you as a man.”

Teasdale finished his high school career with four prep titles for Jefferson-Morgan and later joined the Nittany Lion program in State College. In November he was removed from the Penn State roster and tweeted his plans to re-join the program in January due to health issues.

“They wanted me to start right away at 125 (pounds), but I couldn’t manage my weight because I wasn’t in the right state of mind.”

In the interview with PA Power Wrestling Gavin stated he had attended rehab during his absence from the team.

Flowrestling then reported that Teasdale was scheduled to make his season debut in January at the Southern Scuffle, though he ended up not registering a match at the tournament. Near the end of January Penn State head coach Cael Sanderson informed the media that he expected Teasdale to transfer out of the program.

“I couldn’t make that weight down there,” Teasdale said of his decision to pull out of the Scuffle, “I have always been dumb with my weight and waited until three, two, or one day out to cut 10 or 15 pounds and that’s not the way to do that either.”

That leads us to this point where it appears as though the Hawkeyes have added to an already deep pool of wrestlers in the lightweights. Teasdale indicated the cut to125 pounds was difficult and that he currently weighs in the 140s which seemingly makes him a candidate for 133.  He has plenty of connections within the Hawkeye room as he grew up wrestling in the same club as current Hawkeyes Spencer Lee, Max Murin, Kaleb Young, and Michael Kemerer – who all trained in the Young Guns Wrestling Club in Western Pennsylvania.

It is uncertain where Teasdale will fit into the lineup as Iowa’s 133 is currently occupied by All-American Austin DeSanto Former Cadet World team member Aaron Cashman, and Nebraska transfer Jason Renteria are also considered to be in contention for the lightweight starting spots.

Teasdale mentioned he will still have four years to compete and last year will be treated as a medical hardship.

One thought on “Gavin Teasdale Transferring to Iowa”