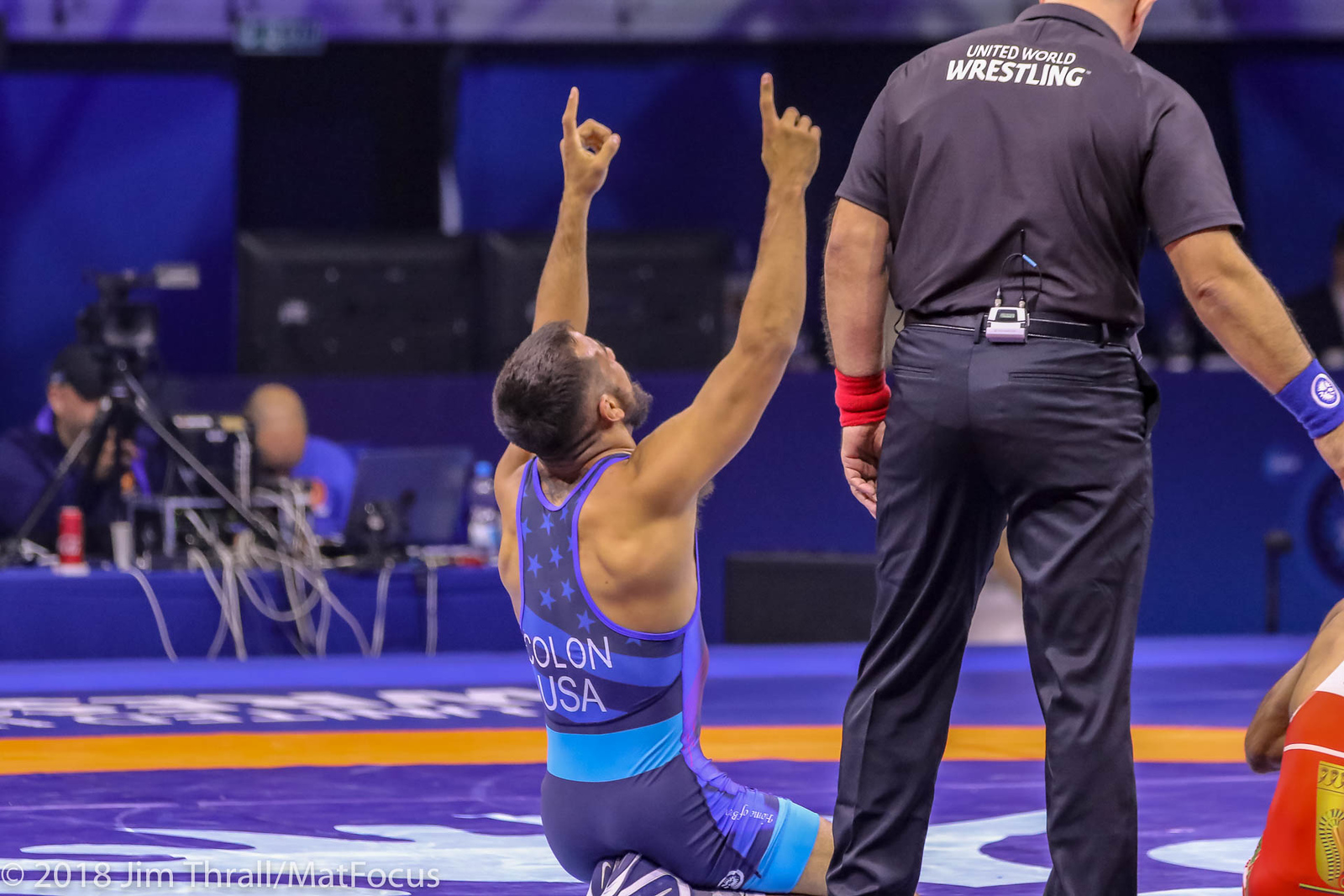 Last weekend in New Jersey provided but just a taste of things to come as USA Wrestling World Team qualification process wraps up this weekend in Lincoln, Nebraska with Final X – Lincoln. Hosted by the University of Nebraska this weekend’s field features six wrestles with a tie to the state of Iowa competing, which is up from two that participated in last weekend’s event. In New Jersey we saw one truly contested weight, which was Women’s freestyle wrestler Forrest Molinari made her return to the Senior World Team at 65 kg. The other wrestler at the event was former Iowa State All-American Pat Downey, who managed to qualify for his World Team spot at 86 kg simply by making weight.

This weekend the Hawkeye Wrestling Club leads the way with four of their wrestlers battling for the World Team, and two of those wrestlers are returning World Team members looking to reclaim their spot. The club is guaranteed that at least one more individual will join Molinari on the World Team as the 59 kg is a battle of teammates Alli Ragan and Lauren Louvie at 59 kg. Ragan is a five-time World team member, who missed the 2018 campaign due to injury. In her previous two appearances at the World Championships Ragan has won back-to-back silver medals in 2016 and 2017.

The HWC can account for 30 percent of the Women’s World Team if Kayla Miracle proves victorious over Mallory Velte at 62 kg. Miracle is already qualified to represent the United States at the U23 level, but this would be her first Senior team appearance if she manages to knock off returning World bronze medalist, Velte. Miracle is considered one an up and coming Women’s team wrestler having earned a pair of Junior World medals in 2014 and 2016.

The final HWC team member competing this weekend will be Men’s freestyle team member Thomas Gilman, who is attempting to make his third straight World Team at 57 kg. Back in 2017 Gilman burst onto the Senior scene by making the US team and then won silver at his first ever World Championships. He followed that with a fifth place finish at the 2018 World Championships. That meant Gilman needed to navigate the entire World Team qualification process, and in April he sufferred his first domestic defeat while competing on the Senior level to Daton Fix. Gilman beat Fix in two straight matches at last year’s Final X, and is attempting to avenge his only loss to an American in hopes of competing at his third World Championships.

Both Iowa State and Northern Iowa will also be represented this weekend, as each university will have one of their alumni compete in Lincoln.

We will see former Iowa State NCAA champion Kyven Gadson take on Kyle Snyder at 97 kg. This will be the third straight year that these two will face off for the World spot. Snyder has been victorious on the last three occasions over Gadson.

That leaves UNI alum Joe Colon as the final competitor competing this weekend and his opponent will be another long-time veteran Tyler Graff at 61 kg. A year ago Colon finished runner-up at this event to Nahshon Garrett, but an injury allowed former Panther the opportunity to represent the red, white, and blue at the World Championships. Colon made the most of that opportunity by earning a bronze medal at the 2018 World Championships, which gave him the automatic bye to this weekend’s contest.

Fans looking for coverage this weekend should tune into Flowrestling to catch the action live. The web based streaming company has already confirmed that they will be streaming the first session for free on their social media platforms, which means HWC fans will be able to see the bout between Ragan and Louive for no charge. The first session is scheduled to begin at 12:00 PM Central Time.

The second session, which will feature Miracle, Gilman, Gadson, and Colon will begin at 6:00 PM Central.