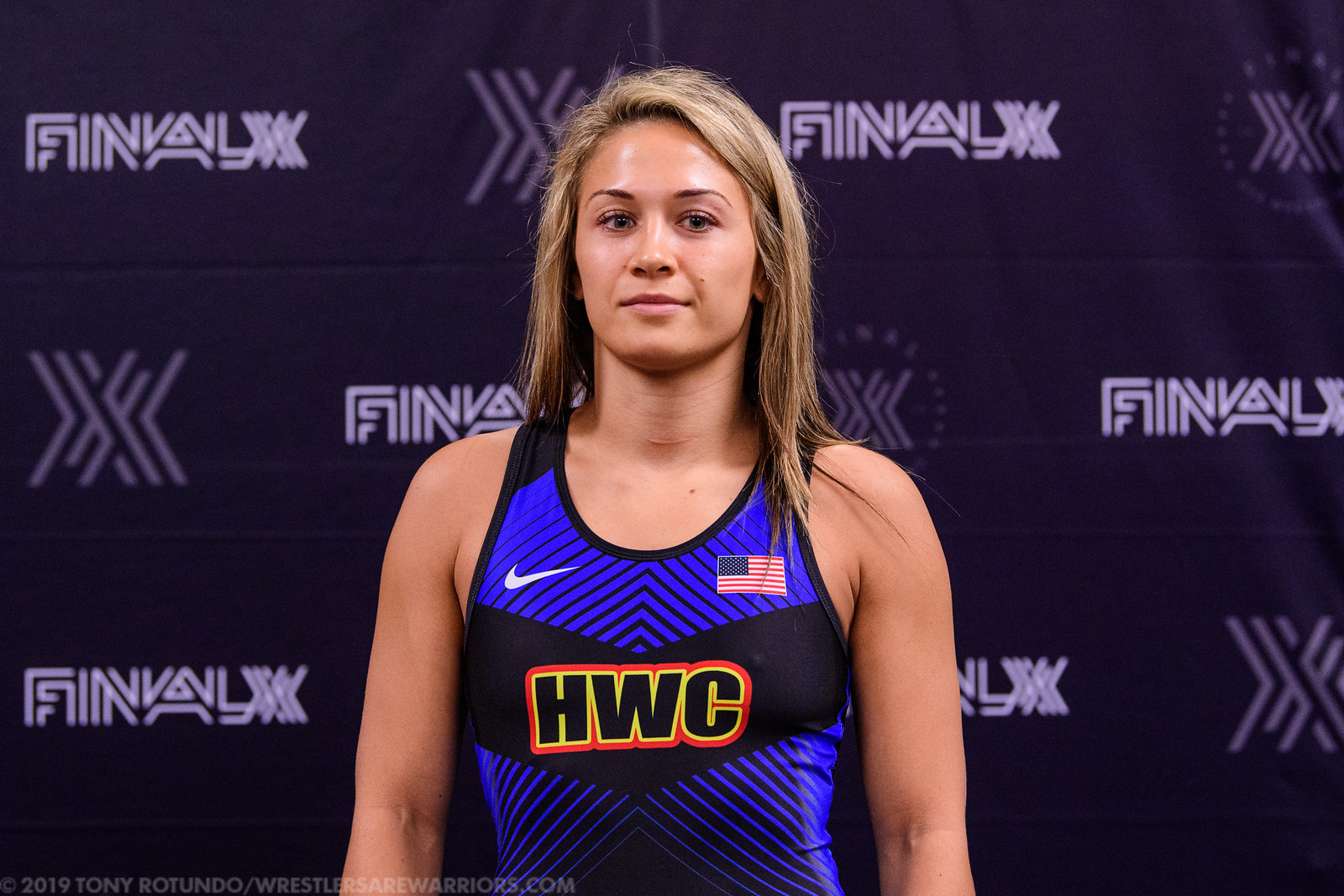 In the battle of Hawkeye Wrestling Club teammates at 59 kg it was Alli Ragan who proved victorious, as she defeated her fellow club wrestler in two straight matches over Lauren Louvie to claim her sixth World Team bid. Ragan wasted little time in the best-of-three series, winning both matches by the score of 10-0 to reclaim her World Team spot for the 2019 World Championships. A year ago an injury prevented Ragan from competing, but in the two previous competitions the HWC wrestler had reached the gold medal match in both 2016 and 2017.

Ragan will once again don the star and stripes singlet, this time heading to Kazakhstan in September. She joins fellow club teammate Forrest Molinari, who made the team last weekend at 65 kg while competing at Final X – Rutgers. Ragan was the only wrestler with a tie to the state of Iowa to compete in the first session of Final X – Lincoln.

The HWC will have the opportunity to double their World Team members later today in the second session as Kayla Miracle will face Mallory Velte for the 62 kg World Team spot, and Thomas Gilman will look for revenge over Daton Fix to reclaim his spot on the men’s team at 57 kg.

Former NCAA champion Kyven Gadson will square off with Kyle Snyder for the third straight year at 97 kg, and Joe Colon will look to return to the World Championships at 61 kg, but will need to defeat Tyler Graff to do so. This evening’s session begins at 6:00 PM Central Time, and will be broadcast on Flowrestling.