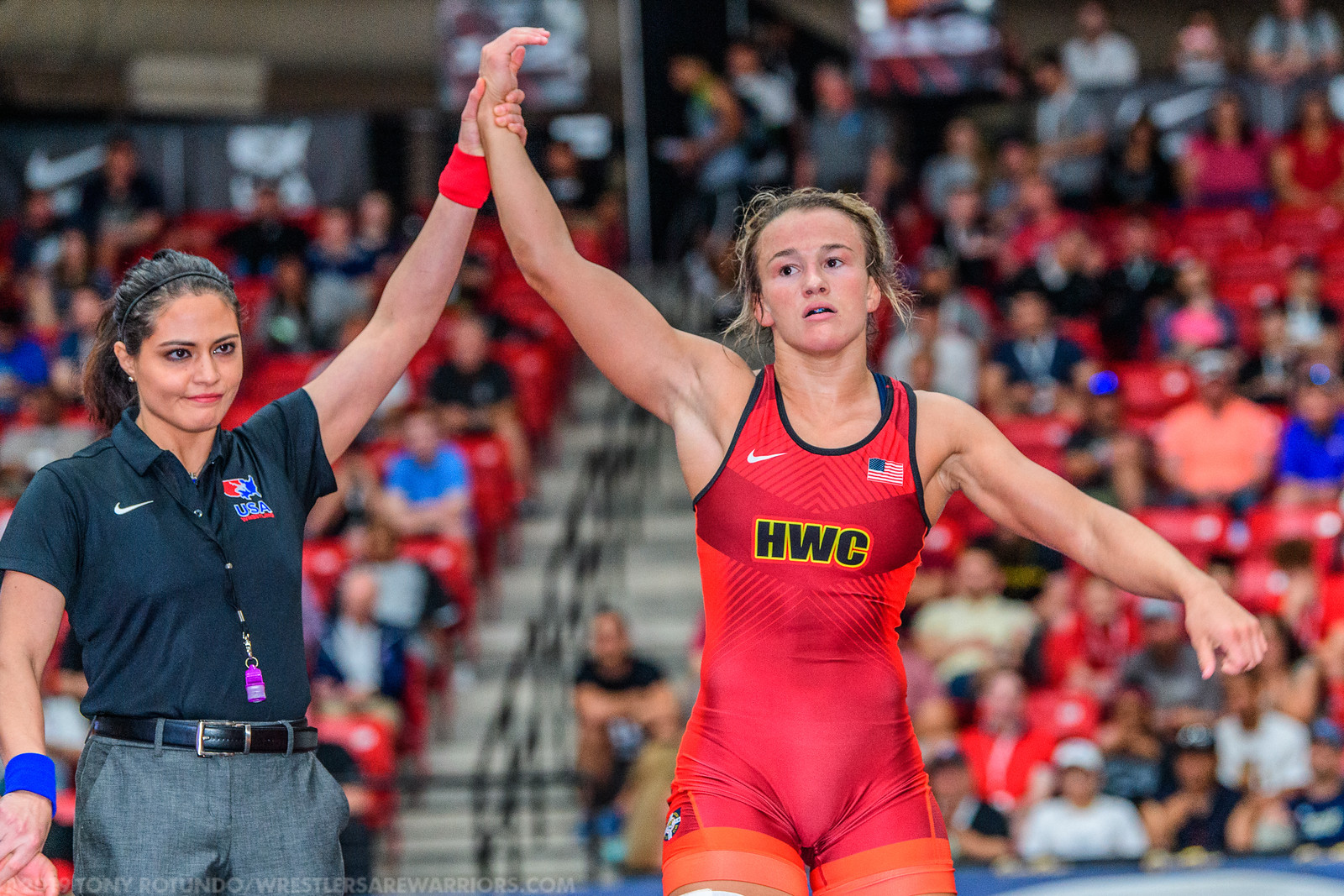 Forrest Molinari is headed back to the World Championships. The Hawkeye Wrestling Club team member took two out of three matches from Maya Nelson to claim the 65 kg World team spot on the Women’s freestyle team. Having dropped the first match in the best-of-three series, Molinari needed two post two consecutive wins to reclaim her spot on Team USA.

After placing fifth at the 2018 World Championships Molinari was just one win shy of claiming an auto berth to this weekend’s Final X event in New Jersey. All returning World medalists automatically advance to a best-of-three finals for the opportunity to reclaim their World team spot. Because Molinari just missed on winning a medal in 2018 she had to go through the full process to qualify for the World team, and she came away with a 5-1 win over Nelson at the US Open to claim her Final X spot.

Nelson then wrestled through the qualification process to meet Molinari in New Jersey for the final battle for the World team, and the challenger came out swinging in match one, taking it 5-3 on the scoreboard. That meant Molinari needed rally in a big way to stay in contention and she answered the bell with a dominant 12-2 victory, to force a winner take all match three. There Nelson held a lead on criteria after the first half of the match, but the HWC athlete rallied and scored three points to score a decisive second victory to take the series.