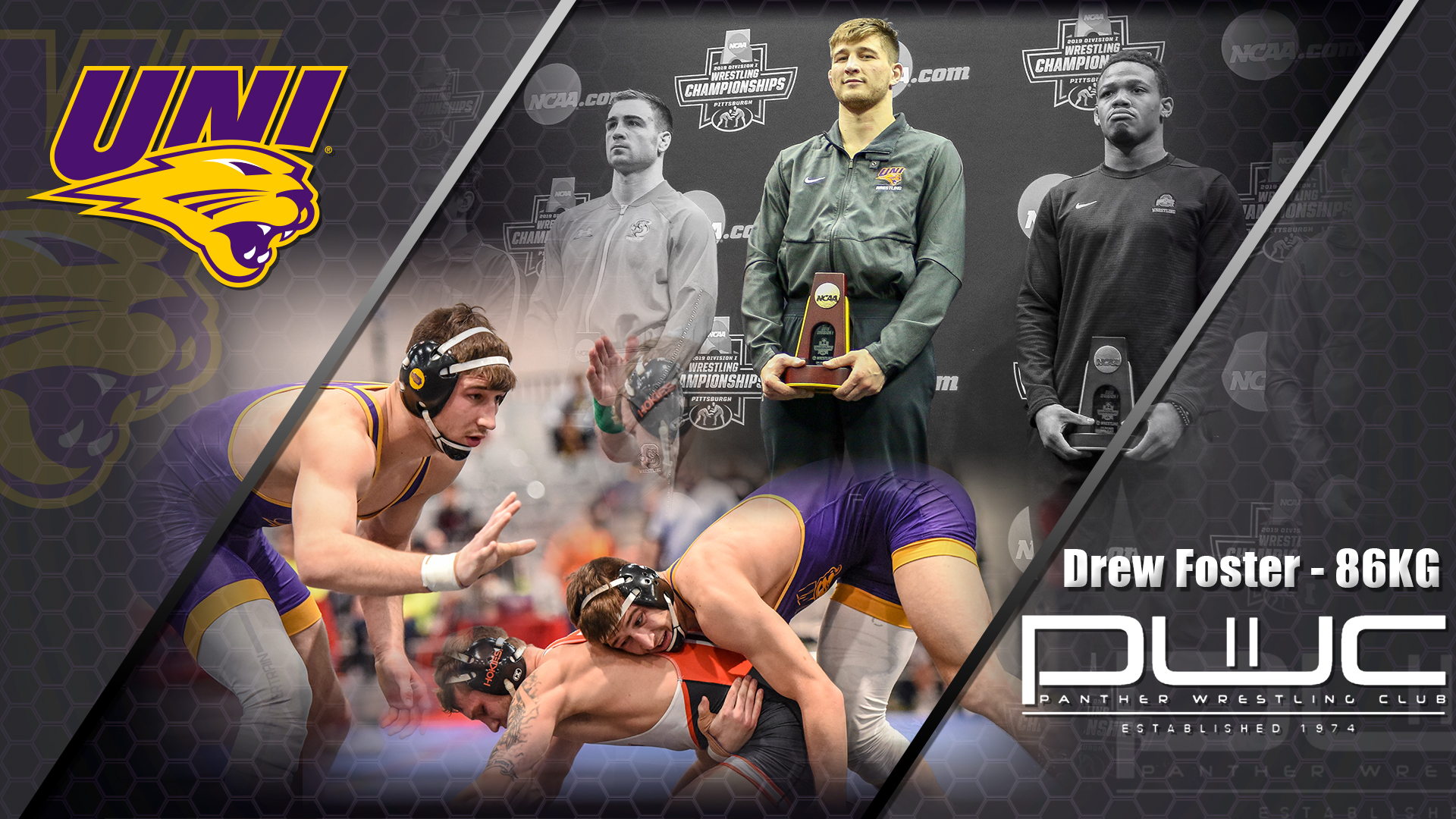 In a move that’s not exactly surprising, the Panther Wrestling Club announced Tuesday that Drew Foster would officially be added to the club.

Foster, the 2019 NCAA National Champion at 184 pounds, competed for the PWC in New York earlier this month at the annual Beat the Streets fundraiser. He wrestled a short time, as David Taylor, his opponent, had to medically forfeit.

His first tournament action will be held this weekend at the World Team Trials Challenge in Raleigh, North Carolina. Action starts this Saturday at 9AM and can be seen on Flowrestling.

The PWC’s full release can be found below:

Cedar Falls – The Panther Wrestling Club is excited to announce that addition of 2019 National Champion Drew Foster to its roster.

“We’re excited to be keeping Drew Foster in the room and around the team as he chases down World and Olympic medals,” UNI Head Coach and PWC Head Coach Doug Schwab said. “He is just scratching the surface in his potential as a competitor and has re-upped his commitment to being great at the next level.

Foster defeated Cornell’s Max Dean at 184 pounds to win the 2019 National Championship, the first Panther to win a title since 2000.

“I’m excited to be able to continue wrestling through the Panther Wrestling Club. This program means a lot to me because of its connection UNI,” Foster said. “I look at it as an opportunity to represent not only myself but continue to represent UNI and the PWC.

“The PWC will give me all of the opportunities to chase my dream in achieving Olympic Gold. I’m eager to continue to grow with this great sport and people within the program. The sky is the limit for what is to come and I’m all eyes and ears.”

Foster was the first two-time Big 12 champion in UNI history, defeating Northern Colorado’s Dylan Gabel in 2018 and Iowa State’s Sam Colbray this season. Foster also placed first at the 2018 Midlands Championships this season. He is a two-time All-American, placing seventh in 2017.

“We know the type of person that he is and how he represents the program is exactly the type of men we want in the PWC,” Schwab said of Foster.

“We are grateful to all those that support the PWC and make it possible for Drew to chase his dreams in Cedar Falls.”