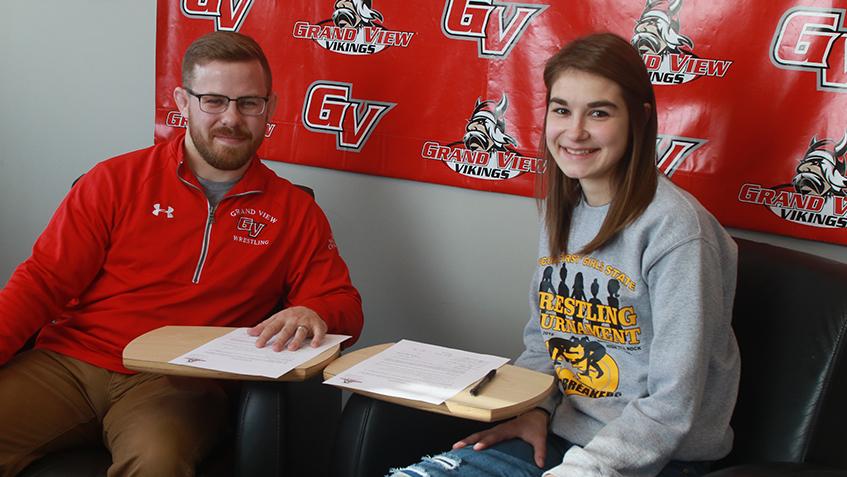 Keagan King of South Central Calhoun High School has been awarded the Tricia Saunders High School Excellence Award for the state of Iowa.

While at South Central Calhoun she was a four-year varsity letter winner. Overall she holds a 10-1 record in IHSAA competition vs females and an overall total of 49 varsity wins.

In early April she was announced as the 1st commit in Grand View Womens wrestling program history. Below is the full release and list of winners from the National Wrestling Hall of Fame.