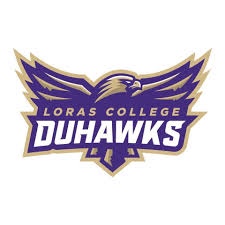 The Duhawk program continues to fill out their 2019 recruiting class as NJCAAS runner-up Travis Willers has announced he will be transferring to Loras next season. Currently a standout for Iowa Central Community College, Willers will Look to make an impact on the Duhawk’s middleweights.

Willers is a former Iowa prep standout hailing from Pleasant Valley high school where he was state champion at 152 pounds as a senior. This past season Willers was unranked at the start of the new year, but finished the season as the second best wrestler at 165 pounds.

After graduation from high school Willers took a few years off the mat and school, but he got the itch to compete again and wanted to earn his degree, which is what led Willers back to the sport.

“One day I was just like what the heck am I doing?” Willers told IAwrestle, “I have got to get back on the mat and get an education.” Willers also credits the Iowa Central program and staff for getting him to where he is today.

“Getting back on the right path.” Willers said of his biggest takeaway from his time at Iowa Central, “Coach Luke Moffit and Troy Bennett are awesome coaches and even better guys. You definitely get tougher at Iowa Central.”

The biggest selling points for Willers on Loras were the coaching staff and the direction of the program. The Duhawks landed Willers over the likes of NAIA powerhouse Grand View, which Willers mentioned as the other school that he was considering.

The current Loras recruiting class now features instate seniors Baylor Crigger and Dakoda Powell in addition to out of state commits Shane Liegel and Peyton Bass. Earlier this weekend the Duhawks added another lightweight senior from the state of Iowa as Cascade standout Nolan Noonan also announced he would be heading to Dubuque to attend Loras.