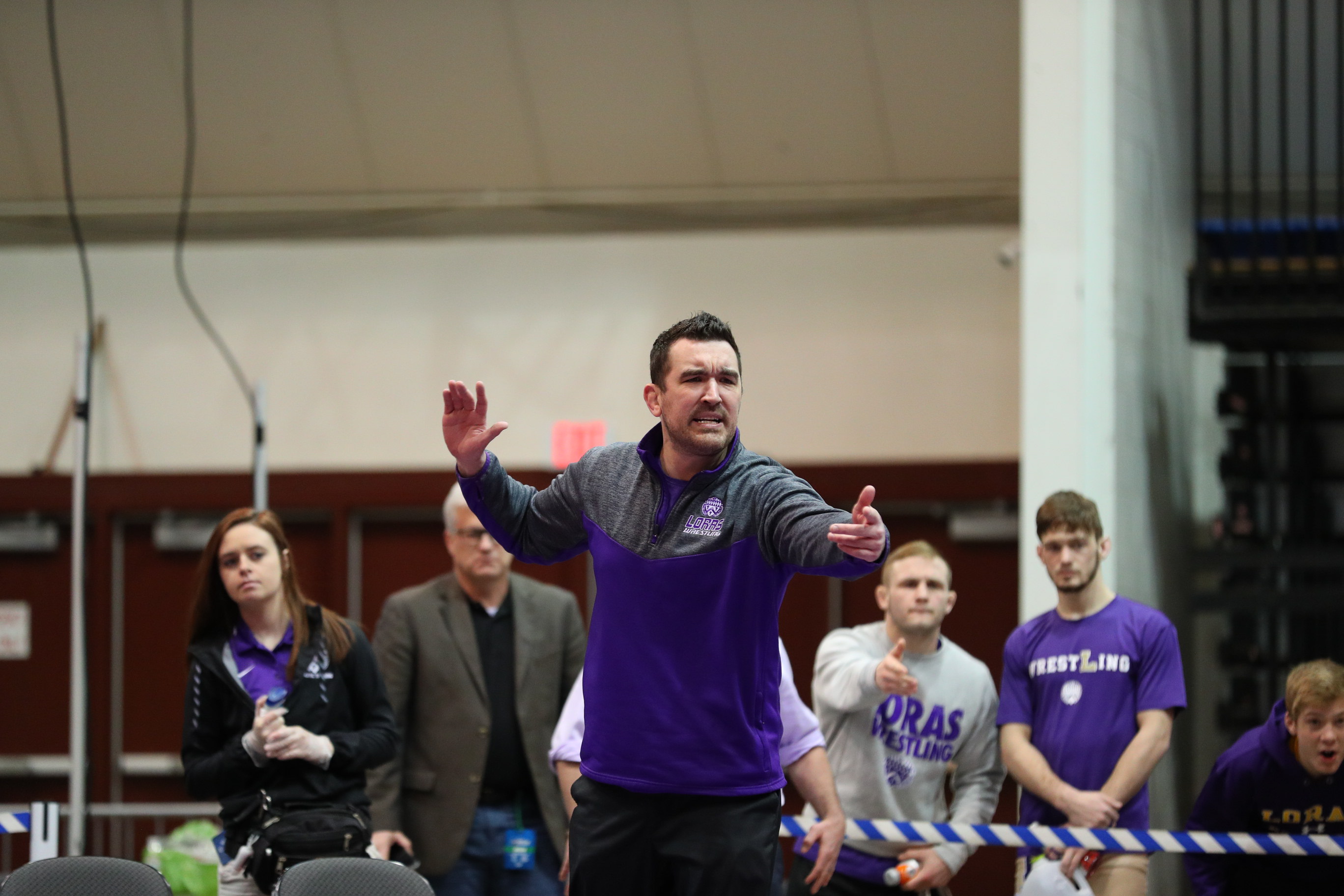 Fresh off a strong NCAA finish, head coach TJ Miller is looking to strengthen his Loras Duhawk roster with several big additions to their 2019 recruiting class. The class currently features four wrestlers, including two Iowa natives and two out of state commitments. One of the biggest names is the most recent commitment, Shane Liegel of River Valley, Wisconsin.

“The coaches are young and eager to win,” Liegel said on what sold him on committing to Loras, “They had a record breaking year this past season and I want to be a part of that.”

It was a big score for the program as they pried Liegel away from the likes of Division I programs Chattanooga and the University of Minnesota. While competing in Division I is a great opportunity for any wrestler, Liegel was drawn to some of the things Loras can offer of the mat in addition to the staff.

“One of the biggest things for me is that I will experience many things outside of wrestling, like continuing to grow my faith and building new relationships. It also keeps me close to home where I can be near my family. I have tremendous respect for the coaches who recruited me from those two schools and wish them the very best. They believed in me and I will forever be thankful for that.”

If the River Valley name sounds familiar its because it was also produced another Duhawk currently on roster, lightweight Zach Licht. A four-time state medalist Liegel has won three state titles in a row spanning 160 to the 182-pound weight class. As a freshman Liegel took third at 152 pound. This past weekend he took fifth at USA Wrestling Folkstyle Nationals, which was held in Cedar Falls.

In state additions for the Duhawks are a pair 2019 third place state medalists Baylor Crigger of Camanche and Dakoda Powell of Spirit Lake. Crigger lost to eventual state champion Skyler Noftsger in sudden victory for his only loss as a senior. Other accolades include being a runner-up at freestyle state and placing fourth at USA Wrestling Preseason Folkstyle Nationals last fall.  Powell is an upperweight prospect for the Duhawks taking third at 220 pounds this season. Previous trips to the state tournament include a fourth and sixth place medals as a junior and sophomore respectively.

Like Liegel, Crigger was also drawn to Loras by the coaching staff and what both TJ Miller and Trevor Kittleson bring to the table.

“The main reason why I chose Loras is because of the coaching staff.” Crigger told IAwrestle, “I had coach Kittleson coach me up at Fargo two years ago and ever since then I knew I wanted to wrestle under him. We stayed in contact and I ended up making a commitment in the fall. I’ve really never had a coach that has wanted myself to succeed more than him. When I went to Loras on my official visit, I soon realized coach Miller was the same way. I knew those guys could take my wrestling to the next level and that’s why I chose Loras.”

The final wrestler rounding out Loras’s 2019 class is Louisiana native Peyton Bass. It’s no secret that Miller has had great success in mining the state of Louisiana for talent since he returned to the college coaching ranks. The current roster features six Louisiana natives, including three-time NCAA All-American Guy Patron Jr. Bass is a lightweight wrestler taking second at this year’s state tournament while competing at 126 pounds. It was his second straight runner-up finish, and third overall medal.

One thought on “Loras Adding Impact Talent in 2019 Recruiting Class”