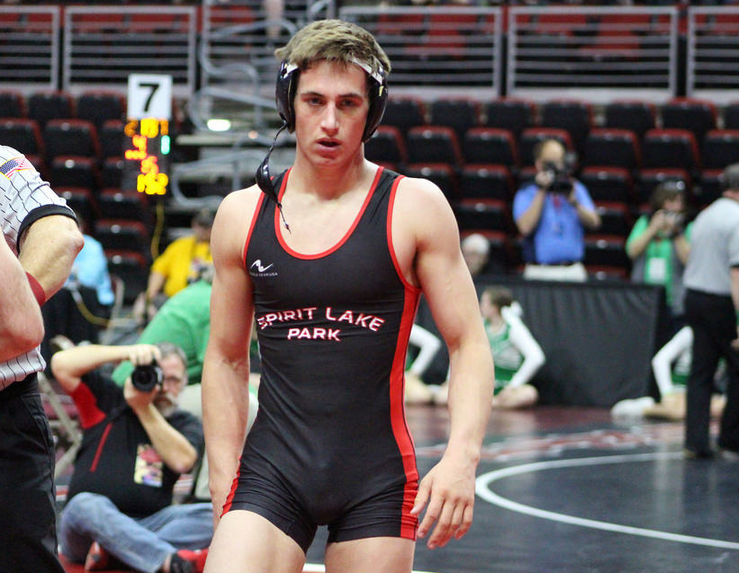 Once again Division II power Minnesota State has dipped their toe into Iowa, this time they have reeled in Spirit Lake’s Kyler Rieck. The two-time state medalist in class 2A announced his decision on social media:

Rieck had a strong start to his career reaching the semifinals as a freshman at 138 pounds. He finished his debut trip with a fourth place medal. As a sophomore he ran into an unfortunate draw that matched him with eventual state champion Ryan Leisure in the quarterfinals and then he dropped his consolation match to Tate Battani. As a junior Rieck rebounded in strong fashion reaching the state finals at 152 pounds. There he fell to eventual two-time state champion Judge.

Additional accolades for Rieck includes a third place finish at USA Wrestling’s Preseason nationals and he is currently tabbed as the state’s 28th best wrestler according to our own Lars Underbakke’s Fab 50.

Rieck will be joining a Minnesota State program with many Iowa ties. Last year the Mavericks’s roster featured five Iowa natives with Neil Clement, Zach Johnston, Logan Linderbaum, and Colby McIntire all returning for this coming season. Assistant coach Ty Eustice also has an Iowa tie having competed for the University of Iowa from 2001-06, and he also served as on Cornell College’s coaching staff. Lastly, 2018 graduate Cooper Siebrecht will be joining the program this year after wrapping up his career a four-time state medalist.