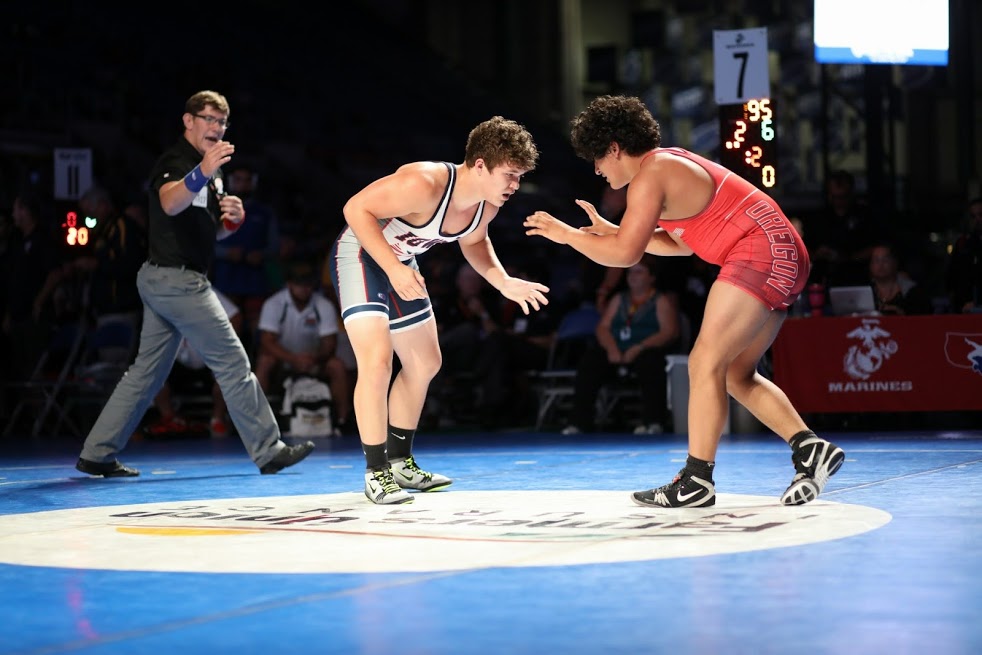 What a weekend for Iowa State as they have added class of 2020 wrestler Cody Fisher of Woodward-Granger. This is the second major verbal this weekend with Pennsylvania’s Ryan Anderson making his announcement yesterday. Currently rated as the #13 wrestler overall in the state of Iowa, Fisher is a two-time state finalist and a big pick up for the Cyclones.

“The atmosphere I was surrounded by was great and the coaching staff was doing the right things to be a top notch team.” Fisher told IAwrestle of his decision, “I wanted to be apart of that and it’s where I feel like I can grow and develop as a wrestler.”

A breakout star in 2017, Fisher didn’t even appear in IAwrestle’s final rankings prior to the start of the postseason. It was at his first ever state tournament Fisher tore through his 195-pound bracket to reach the finals opposite West Liberty’s Bryce Esmoil, where Esmoil came out on top. The pair would face off again the following season with Esmoil once again getting the better of his younger competitor.

I just want to say how truly thankful I am to everyone who has helped me through this exciting process, but furthermore I am very proud to announce I will be continuing my academic and wrestling career at Iowa State University. 🤼‍♂️🌪❤️💛 #cyclONEnation pic.twitter.com/2LN3bHY0H9

Fisher has enjoyed success in freestyle and Greco-Roman wrestling as well. After his freshman year Fisher managed to earn All-American honors in both styles out at Fargo, taking seventh in freestyle and eighth in Greco. His accolades have him slotted as the #3 wrestler for his grade in Iowa behind Mason City’s Cullan Schriever and West Sioux’s Adam Allard.

Fisher also joins Albia’s Aden Reeves as Iowa natives currently committed to wrestle for the Cyclones. The 197-pound prospect picked Iowa State over the likes of Iowa and Columbia.

“I would like to thank my coaches Dave Smeltzer and Jay Gohn, along with coach Pablo Ubasa and my family for always pushing me.”