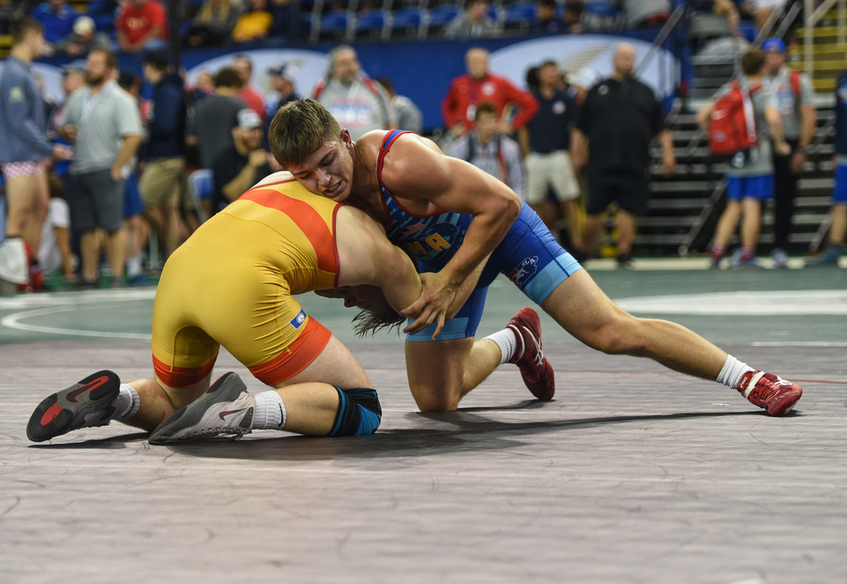 Davenport Assumption star Julien Broderson has provided IAwrestle with an updated list of schools he is considering after wrapping up a successful summer on both the baseball diamond and the wrestling mat. After winning his second straight state title in February, Broderson added another state title to his name in July when Assumption thumped Harlan 11-1 to capture the 3A baseball state title.

In a story ran by us earlier this summer, Broderson mentioned he had interest from Iowa State, Iowa, UNI, Campbell, Air Force, and South Dakota that he was then considering. He also mentioned that he was hopeful that a strong summer showing out at USA Wrestling Junior Freestyle and Greco-Roman National Championships would help attract more interest.

Broderson finished seventh in Greco and was two wins away from placing in freestyle. Projecting as a 184/197-pound recruit, Broderson should be viewed as an intriguing prospect with plenty of upside once he is able to focus solely on wrestling. The Open Mat rates him as the #15 wrestler at 182 pounds in their latest set of rankings.

As of now Broderson informed IAwrestle that his current list of schools are (in no order): Iowa, Iowa State, Northern Iowa, Nebraska, Northern Colorado, Brown, Columbia, and Stanford. At this point in time he has official visits scheduled with both Iowa and Iowa State. He is hoping to reach a decision prior to the start of the year, but he also mentioned it could stretch into the middle of the season.