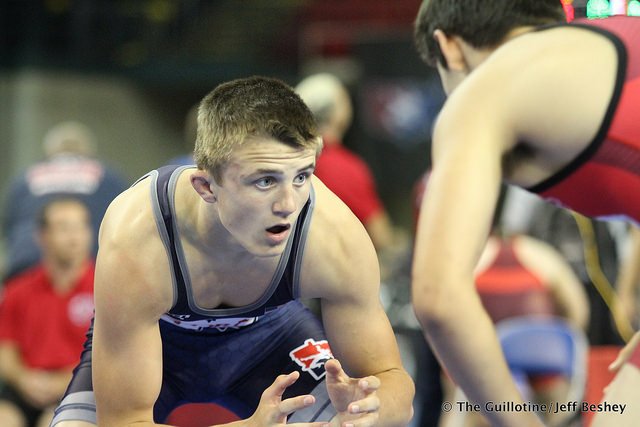 “It’s always been a dream of mine. I’ve always wanted to be a Hawkeye and wrestle in Carver.” Glazier told IAwrestle on his decision, “I love the style of wrestling they bring tot he mat. I love the coaches and I think this is the best place for me to achieve my goals.”

This is a strong start to Iowa’s 2019 class after the Hawkeyes landed the #1 overall recruiting class in 2017, and followed up with another top ten class in 2018. Glazier projects at 184 pounds according to Flowrestling, which should give the Hawkeyes another option to come off the bench once Cash Wilcke – Iowa’s presumed starter at that weight for the next two seasons – graduates.

Glazier was a 170-pound state champion in Minnesota this past winter and has medaled on two other occasions. Earlier this summer Glaizer was the fifth place finisher wrestling at 80 kg at USA Wrestling’s UWW Cadet freestyle nationals.

Glaizer is the second big name out of the Land of 10,000 Lakes to join the Hawkeyes. Last week 2020 recruit Pat Kennedy announced his verbal commitment to the program as well. Glazier actually sits right behind Kennedy in Flo’s 170-pound rankings. The Hawkeyes won out over Minnesota, UNI, South Dakota State, and Purdue for the Minnesota prep. Glazier also acknowledged Iowa will have their work cutout if they want to catch and eventually pass Penn State in the team race.

“I plan on doing my part and pushing myself to be the best that I can be and hopefully help others do the same. If everyone can help each other do that then I think we’re putting ourselves in a pretty good position.”