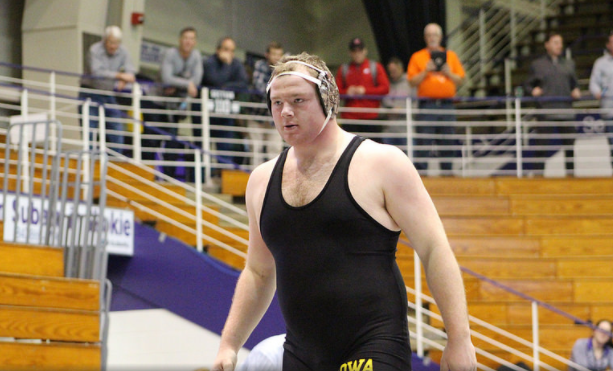 In an update to an earlier story on IAwrestle it is now being reported that Hawkeye heavyweight Sam Stoll is being charged by the Iowa City Police, according to a release Iowa City Public Information officer Sgt. Derek Frank.. The release states that the police have charged Sam Stoll with a “false report to public entity” after he made two false claims following his gunshot wound. No further charges are expected to be filed.

The All-American wrestler was wounded in the early morning hours on Tuesday, June 19th. The following day Iowa head coach Tom Brands released a statement that his athlete had undergone successful surgery and was released from the hospital. At the time of our last update both the police and the University of Iowa were gathering information on the situation.

“As I shared previously, Sam Stoll’s health was our number one concern and he is doing well. I am disappointed in his actions related to this incident, as they do not reflect our values. Regarding discipline, we will follow all University and Athletics Department code of conduct policies.”

According to reports, University of Iowa All-American Sam Stoll has been hospitalized due to an accidental gunshot early Tuesday morning.

The call to police was made around 4:30 a.m. and shortly after Stoll arrived at the University of Iowa Hospital. Reports indicate the gunshot is a non-life threatening injury.

A preliminary investigation led them to a Valley Avenue residence where they learned someone had discharged a firearm, accidentally hitting Stoll in the knee.

The University of Iowa released the following statement regarding the matter, “We are aware of the situation involving Sam Stoll and are currently gathering additional information at this time.”

Stoll is coming off an NCAA All-American performance and is poised to be in contention for a title in 2019.

Police have not indicated if any charges are forthcoming. We will keep you updated as more details surface.

“Sam Stoll underwent successful surgery yesterday at the University of Iowa Hospitals and Clinics and has since been released.  He is doing well and that is great news.  His health was our number one concern.  We are still gathering information and once the police investigation is complete we will follow all University and Athletics Department code of conduct policies.”