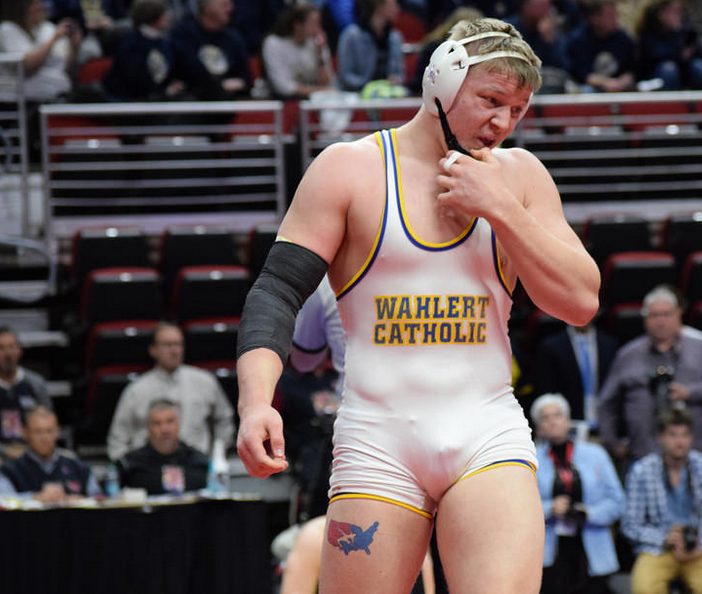 Break out senior star, Boone McDermott has decided to stay in-state to wrestle for Iowa Central Community College. Boone McDermott was this years class 2A state champion at 220 pounds and ended the year ranked tenth in the country by FloWrestling.

“Being a part of a program that has produced some absolute beasts is exciting. I’m excited to go down in Iowa Central history as one of those beasts.” – McDermott on his commitment.

McDermott placed third as a Junior at 182lbs and bumped up to 220 for his senior campaign. The move turned out to be the great decision by not only winning the state title over defending champion Jordan Baumler of North Fayette but during the see he knocked off nationally ranked Francis Duggan (#6) twice.

Since then McDermott reeled off big wins at prestigious events such as War at West Gym and the Pittsburgh Wrestling Classic.

McDermott chose the Tritons over Iowa State, Grand View and Wyoming with plans to wrestle 285 pounds at a Division I school in the future.

“I have my heart set on success and to be the best on the mat and in the classroom. This is just a stepping stone for my path to a Division I national title.”