Gilman, Gadson, and Ragan to compete in Final X Lincoln 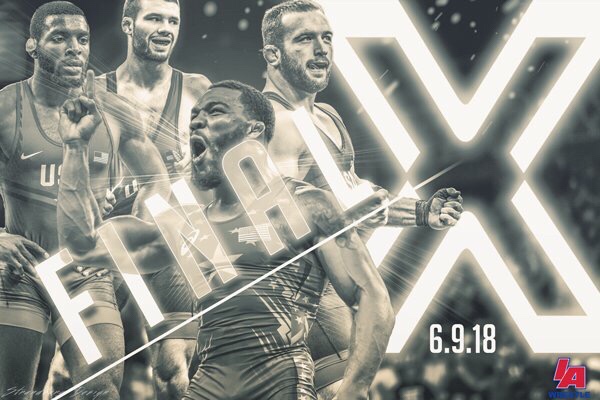 The final step in making the 2018 World Team will begin this weekend in Lincoln, Nebraska. The event titled “Final X” is spread out over the course of three weekends, with seven Men’s and Women’s spots being contested this weekend. The state of Iowa will be represented in three of the seven matches as Thomas Gilman and Kyven Gadson will be competing for a spot on the Men’s freestyle team, while Ali Ragan will wrestle for a spot on the Women’s team.

On the Men’s side the event is packed with stars. Half of the members of USA Wrestling’s team title squad will compete at the first edition of Final X. Two of our nation’s biggest stars will compete for their spot as Jordan Burroughs and Kyle Snyder are inarguably the anchors of Team USA. Additionally two-time World medalist James Green and World silver medalist Thomas Gilman will also be showcased this weekend.

As a returning World medalists, all four Men’s freestyle wrestlers automatically qualified for this event. Their challengers qualified by winning the World Team Trials tournament that was held in Rochester, Minnesota last month.

So thanks to his World silver, Thomas Gilman has advanced to the final two at 57 kg where he will take on Oklahoma State’s Daton Fix in a best-of-three final in hopes of retaining his World team spot. This will be Gilman’s second attempt at making USA Wrestling’s Senior level team after competing for the University of Iowa from 2012-2017. Prior to that Gilman had experience wrestling on the youth level teams making a Cadet World Team and two Junior level teams.

His opponent has a similar background. Like Gilman, Fix has a strong history in USA’s youth squads making the Cadet team in 2015 and competing on the Junior squad in 2016 and 2017. Fix advanced to Final X by defeating former Hawkeye Tony Ramos in two straight matches at the World Team Trials – which avenged an earlier loss at the US Open. Fix is labeled as one of the U.S.’s top upcoming stars and his early success at the Senior level is delivering on that hype.

Gilman is attempting to extend the Hawkeye Wrestling Club’s reign to five straight years at this weight. Ramos made the team in 2014 and 2015, followed by Dan Dennis in 2016, and Gilman in 2017. Even though Gilman is technically an Iowa native (Council Bluffs, Iowa) he has plenty of experience wrestling in the state of Nebraska. He was a four-time state champion for Nebraska high school powerhouse Omaha Skutt Catholic.

The other Iowa native taking the mat this weekend is Waterloo product Kyven Gadson who will attempt to dethrone Snyder at 97 kg. The meeting will be a rematch of last year’s best-of-three finals for the spot, which Snyder won. Gadson qualified for Final X by winning the World Team Trials over Austin Mardsen – who had to injury default out.

Gadson has climbed to the top of the ladder at 97 kg after graduating from Iowa State back in 2015. Oddly enough Gadson ended his college career by defeating the wrestler who has since gotten the better of him on the freestyle circuit – Kyle Snyder. Obviously Sndyer is not only one of the best wrestlers in America, but he is potentially the best wrestler on the planet. Gadson has his work cut out to make his first Senior level team, but his spirits are obviously high.

Her opponent is Burkert- who has been on several Junior World Teams and made the 2014 Senior team at 60 kg. Last fall Burkert competed in the Military World Championships at 63 kg where she finished fourth.