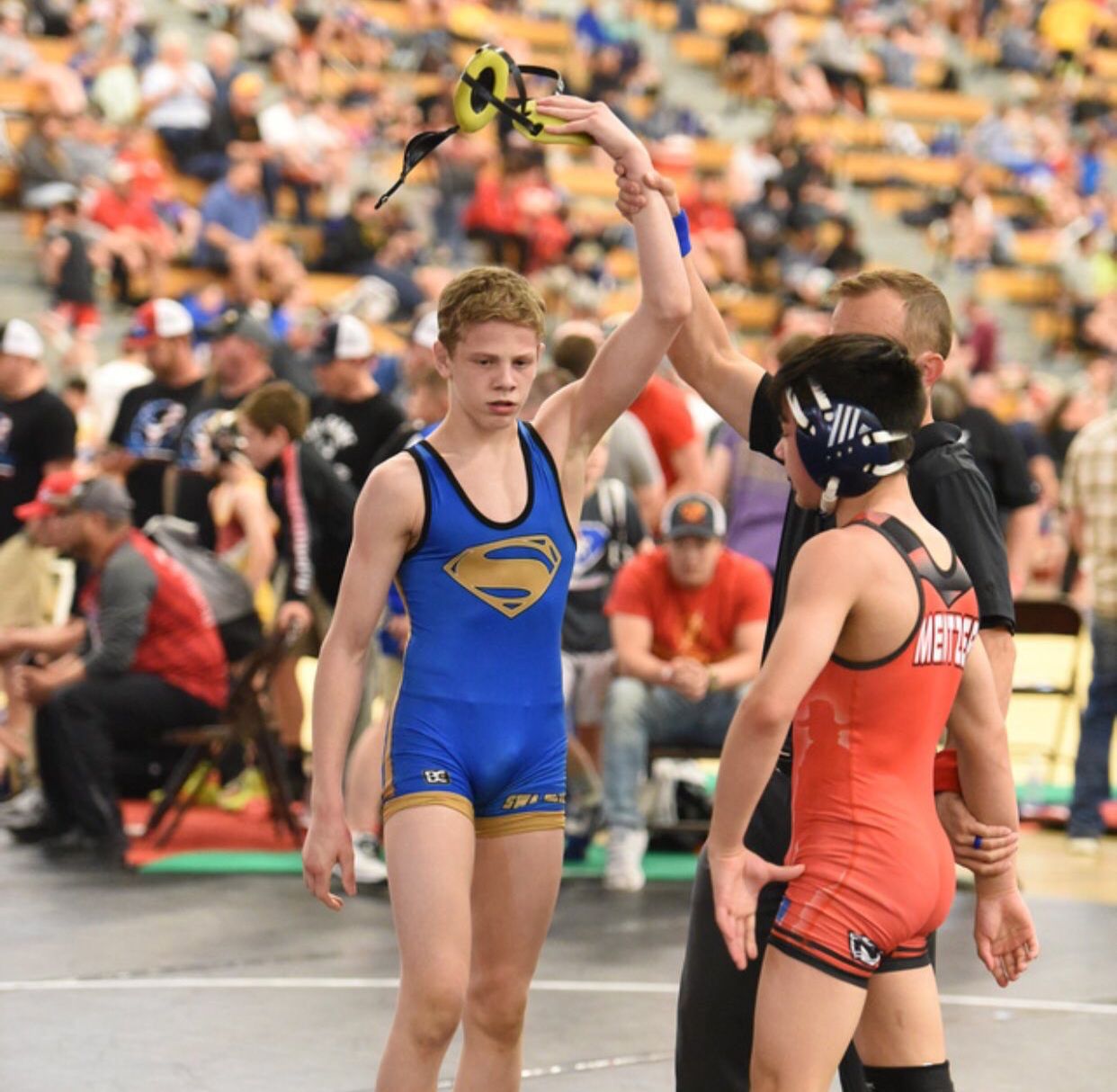 Age level national dual season is here! This week in Indianapolis, Indiana 18 wrestlers will represent the state of Iowa at USA Wrestling’s Schoolboy National Duals. The Schoolboy age division features wrestlers in sixth, seventh, and eighth grade. The competition will begin on June 7th and conclude on the 10th. Team Iowa will compete first in the Greco-Roman style for the first two days of the event, before ending by competing in freestyle.

Leading Team Iowa is Layne Brenden and Aiden Riggins who go back-to-back in the Iowa lineup at 102 and 106 pounds respectively. Not only were both dual state champions at their weight, but in addition to that both won the Northern Plains Regional in freestyle last month. Riggins also brought home a title in the Greco-Roman style at that same tournament.

All told Team Iowa will be sending 10 wrestlers who won both freestyle and Greco-Roman state titles at the Iowa/USA Wrestling Schoolboy state tournament. That number might have been 11 but Dru Ayala, who won the Greco title at 71 pounds opted to compete at 77 pounds in freestyle. No other wrestler was entered in the 71-pound division.

Last year Team Iowa’s best finish came in the Greco-Roman style where they advanced to the top bracket. Team Iowa would finish eighth overall in the field. It was the second straight finish in the top pool for Iowa with the seventh place finish in 2016 the highest ever in state history.

Switching to freestyle last year Iowa was fortunate enough to bring two squads to the tournament with one team bringing home a 12th place finish, and the other finishing 28th. This year Iowa will feature just the one squad and hopes to build off previous years’ success.